For the very first time students from an Acting Foundation Course have been offered an Off West End theatre transfer as six Guildford School of Acting (GSA) students prepare to present Jez Butterworth’s Mojo at London’s award-winning Waterloo East Theatre this August. 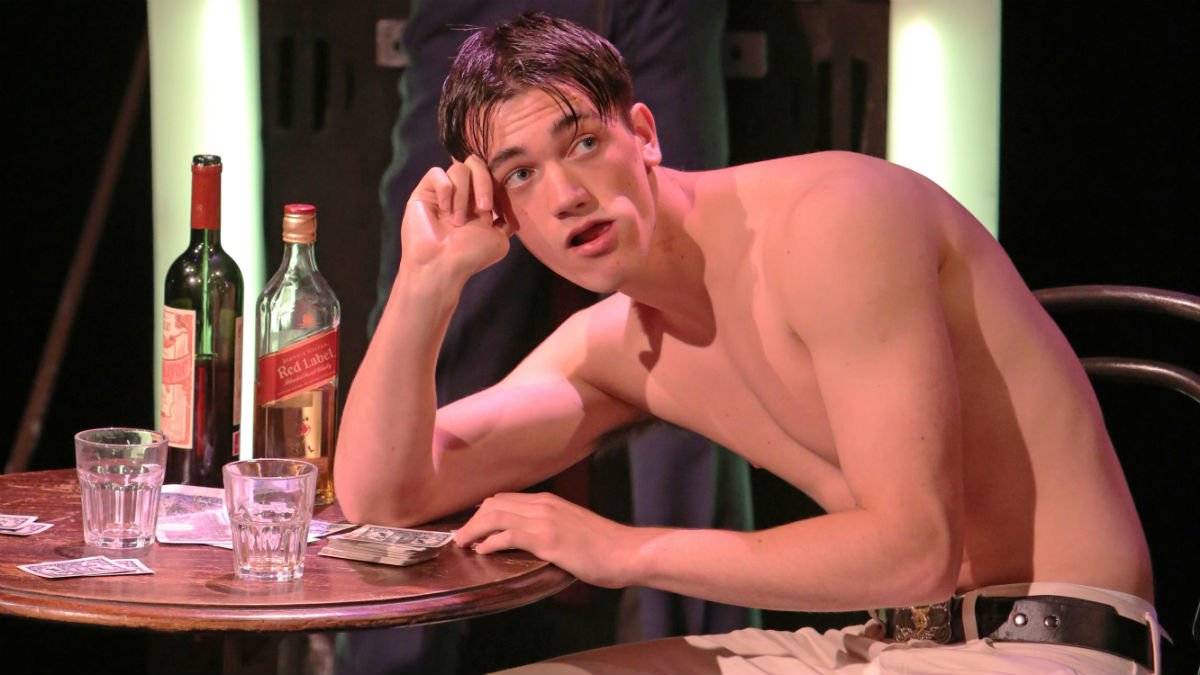 Inspired by their work throughout the year and following the success of their end of year showcase production of Mojo, foundation students Sam Warren, Freddie Dadson, George Brooks, Charlie Purbrook, Jack Penwell and Lucas Porter have formed Dogs Out Theatre Company – a name inspired by their acting tutor and director of Mojo Michael Toumey and his pet bulldog, Sid.

Winner of the Laurence Olivier Award for Best New Comedy in 1995, Jez Butterworth’s Mojo is a fast-paced, unapologetically raw black comedy that exposes the dark underbelly of 1950s Soho: a time of drink, drugs and rock’n’roll. The young cast are following in the footsteps of Daniel Mays, Rupert Grint, Ben Whishaw, Colin Morgan, Brendan Coyle and Tom Rhys Harries who starred in the 2013 revival of Mojo at the Harold Pinter Theatre.

Leader of the Foundation Programme and Director of Mojo Michael Toumey said: “When the idea first came to me for these students to perform Mojo as their end of year foundation showcase, the most obvious element was how perfectly suited their casting was in relation to the characters. In addition, they are among some of the most talented and committed young actors I have had the pleasure of training, working with and directing.

“Their performance at GSA was truly astonishing. It is an amazing achievement for them to have the opportunity to transfer their excellent work to a much wider audience at London’s Waterloo East Theatre. I wish them and Dogs Out Theatre Company every success for the future.”

Sam Warren reflected on the value of doing a foundation year prior to auditioning for a place at drama school as a fantastic life lesson for any young artist, saying: “It is so crucial, not only for the vast amount of knowledge and experience you obtain throughout the year, but in preparing you for the contact hours, intensity and discipline of life at drama school.”

Guildford School of Acting
More information and tickets for Mojo