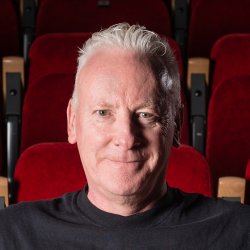 Michael has worked as an Associate Acting Tutor and Director at The Guildford School of Acting where his directing credits include: ‘Market Boy’ PATS Studio University of Surrey. ‘The Laramie Project’ The Mill Theatre, Guildford. ‘How to Disappear Completely and Never be Found’ The Ivy Arts Centre. ‘The Women’ The Ivy Arts Centre. ‘Road’ The Ivy Arts Centre. As an Acting Tutor, Lecturer and Director he has worked at numerous drama schools and colleges including: The Central School of Speech & Drama, E15 Acting School, The Drama Studio, The School of the Science of Acting, and The Poor School.  In 2005 Michael worked as the Acting Facilitator on the first Old Vic Starbucks New Voices Student 24 Hour Play Project. He has also worked as an acting coach on the films: ‘The Girl with Glass Feet.’ and most recently, ‘Kubrick by Candlelight’ which won the best film award at the Waterford Film Festival, Eire. In May 2016 Michael directed the 50th Anniversary Production of ‘The Local Stigmatic’ by Heathcote Williams at The Old Red Lion Theatre, Islington, to critical acclaim, from both critics and the writer himself. Michael is now the Head of the Foundation Course in Acting at GSA, University of Surrey.