Visitor from University of Sao Paulo

Prof Maria Graca Pimentel visited Surrey last week as part of the UK-Brazil SPRINT network on assistive media. She had been presenting a paper the previous week at the ACM Document Engineering 2017 conference in Malta, where Surrey's John Collomosse also spoke.  Graca was hosted jointly by Theti Chrysanthaki and David Frohlich who are also part of the network.  Graca gave a talk to FHMS on some of her interests including the 'Experience Sampling and Programmed Intervention Method' which forms a platform for healthcare interventions in daily life. She also discussed network activities and plans, ahead of a reciprocal visit David Frohlich will make to Brazil in October. 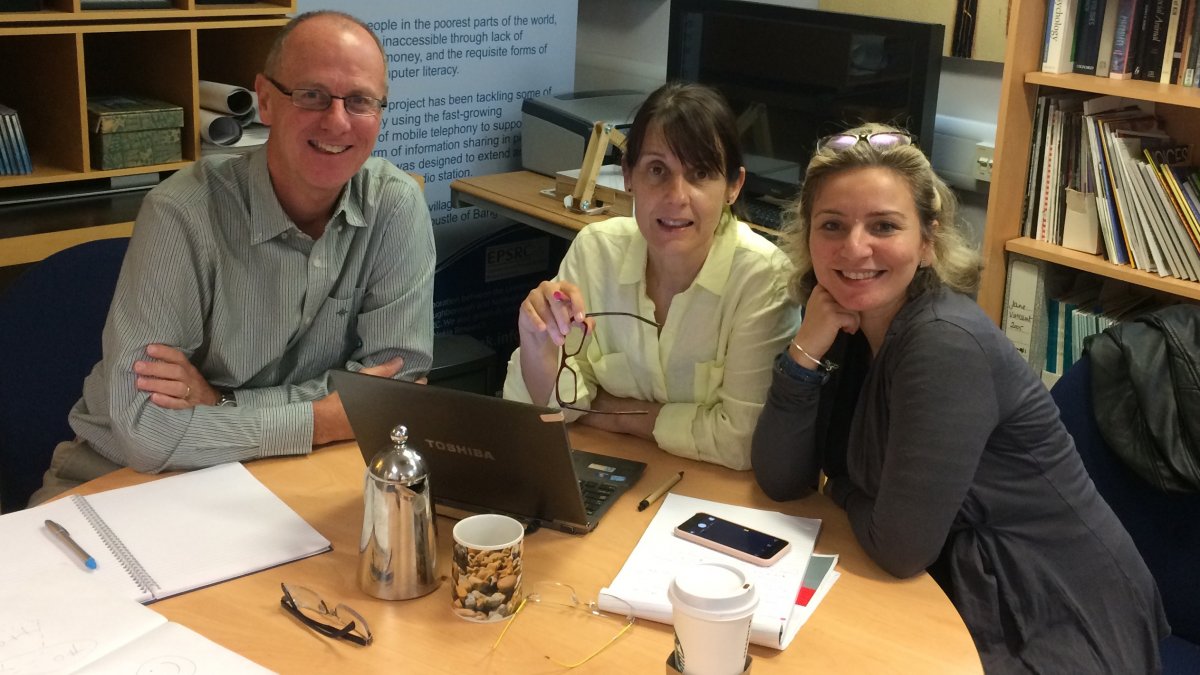