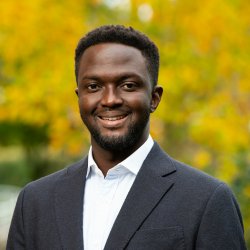 Atta Addo is a Lecturer in Digital Innovation and Entrepreneurship. Prior to joining the Surrey Business School he was a Fellow in the Department of Management at the London School of Economics (LSE) where he earned his MSc and PhD. Prior to academia, he worked in management consulting and various management roles. Dr Addo’s research explores digital innovation and organisational change phenomena with a focus on contexts of the Global South. He is particularly interested in investigating public sector transformation processes, as well as the role of digitalization and organizational transformation initiatives in fighting organizational corruption.

Information systems in the global south