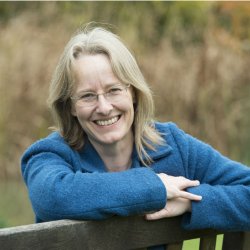 Caroline graduated from the Tonmeister course in 1990 (winning the Jaques Levy memorial prize for her final year research project in bassoon acoustics), and went to work as a digital editor at the Decca Record Company at the recording centre in Kilburn. Here she worked on projects from solo guitar to large scale opera with internationally acclaimed artists such as Vladimir Ashkenazy, Radu Lupu, Kiri te Kanawa, Sir Georg Solti (Vienna Philharmonic), Charles Dutoit (and the Orchestre Symphonique de Montreal), Christopher Hogwood (Academy of Ancient Music), Philip Pickett and Riccardo Chailly (Amsterdam Concertgebouw Orchestra). She was also involved in analogue-to-digital remastering of Decca's extensive back catalogue, including several of Britten's operas conducted by the composer himself.

In 1996, she moved to nearby rivals EMI when she took up a post as classical editor at Abbey Road Studios. Here she continued to work with more of the best-loved classical artists including Sir Simon Rattle (with the CBSO and the Berlin Philharmonic), Martha Argerich, Kings College Choir, Sabine Meyer Octet (Berlin Philharmonic wind players) and the contemporary composer Thomas Ades. She completed many opera projects with conductor Tony Pappano (orchestra of the Royal Opera House), Angela Gheorghiu, Roberto Alagna and Placido Domingo. She worked on several film soundtrack albums including 'Star Wars' and 'Back to Titanic' and acted as post-production producer for a large part of Stephen Kovacevich's complete Beethoven Piano Sonatas project over several years.

While still working at Abbey Road, Caroline was involved in delivering visiting workshops in classical editing and production to the Tonmeister students, and she came back to the University permanently to teach in September 2009. Since then she has taught on the Recording Techniques modules at all levels, and has introduced work in film and TV sound post-production, and a greater degree of formative practical feedback to assist the development of practical skills. She is very keen to maintain industry links, and she runs the programme of practical workshops bringing in professional musicians (classical and pop) and visiting engineers (including Decca classical engineer John Dunkerley, film sound designer Jon Olive, engineer Toby Wood, and engineer Dom Monks).

She is also now teaching the microphones aspect of the Electro-acoustics module, and is interested in finding ways to foster a better connection between the students' understanding of the mathematical models used and their practical sense of the engineering problems involved.

Since September 2013, Caroline has undertaken the role of Senior Placement Tutor, developing and maintaining links with the audio industry and supporting students in their search for an appropriate placement for their 3rd year.

Caroline teaches on the following modules: