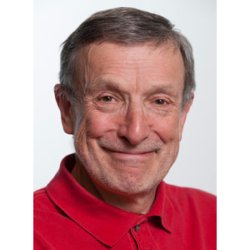 Department of Politics, Faculty of Arts and Social Sciences.

From 1995-2005 Sir Mike Aaronson was Director General (chief executive) of Save the Children UK, and from 1988-1995 was the charity’s Overseas Director. He first joined Save the Children in 1969, spending two years as a relief worker in Nigeria after reading philosophy and psychology at St John’s College, Oxford. Between 1972 and 1988 he held various posts in the UK Diplomatic Service, serving in London, Paris, Lagos, and Rangoon.

From 2007-2012 he was a Civil Service Commissioner, appointed by the Crown to maintain the principle of fair and open recruitment to the UK Civil Service. From 2006-2016 he was Chairman of Frimley Park Hospital NHS Foundation Trust, and from 2006-2018 a non-executive director of Oxford Policy Management Limited, a development consultancy firm based in Oxford. From 2016-2019 he was Chair of the Strategic Advisory Group for the Global Challenges Research Fund, the £1.5bn fund for research into pressing global development challenges.

Sir Mike is a founder member, and from 2001-2008 was Chair of the Board, of the Centre for Humanitarian Dialogue, a Geneva-based private foundation working to improve the international response to conflict, in particular through independent mediation. He has been an occasional Senior Adviser to NATO, working on the political/military aspects of NATO transformation, and an occasional lecturer at the UK Defence Academy on civil/military collaboration in conflict situations. From 2001-2007 he was a Governor of the Westminster Foundation for Democracy in London, a non-departmental public body working to strengthen democracy in Africa, the Middle East, and the countries of the former Soviet Union; he was Vice Chair from 2005-2007. From 2004-2012 he was a Visiting Fellow of Nuffield College, Oxford, where he is now an Honorary Fellow.

In January 2000 he was made a CBE and in June 2006 he was made a Knight Bachelor for services to children. In July 2011 he was awarded an Honorary Doctorate by the University of Surrey.

The Politics of International Intervention

Sir Mike is a regular contributor to the Politics @ Surrey blog

Sir Mike's research interests are the motivations and consequences of international intervention: why outside states intervene in the way that they do in situations of humanitarian and political crisis, and what the consequences of their actions are. The research centre that he started, cii - The Centre for International Intervention - is developing a cross-disciplinary approach to these matters, involving colleagues from, for example, international relations, law, economics, sociology, anthropology, refugee studies and forced migration, security studies, and development studies. Sir Mike is also interested in improving the interface between academics and practitioners and enhancing their joint impact on public policy concerning international intervention.

Together with Professor Andrew Thompson, Professor of Global History at the University of Oxford, Sir Mike is also leading research into "International NGOs and the Long Humanitarian Century: Legacy, Legitimacy, and Leading into the Future" at Nuffield College, Oxford.

In July 2012 Sir Mike co-organised an international, multi-disciplinary, workshop funded by the Institute of Advanced Studies (IAS) at Surrey, with the title of "Hitting the Target?" This explored ways in which new technologies are reshaping international intervention and the wider impact of technology on society and behaviour. Full details of the workshop can be found on the IAS website.

Following this workshop and in collaboration with the Royal United Services Institute - RUSI - a collection of short papers was published as RUSI Whitehall Report 2-13. The report was launched at an event at RUSI on 26 March 2013. Sir Mike subsequently co-edited a collection of papers in book form taking a multi-disciplinary approach to the topic of precision strike warfare: "Precision-Strike Technology and International Intervention. Strategic, ethico-legal and decisional implications.

Sir Mike helped introduce two modules for MA students at Surrey on: “The Politics of International Intervention” (now POLM032 and POLM033). These examined why and how states intervene in the affairs of other states, the international instruments they create to facilitate and regulate this, the consequences of their intervention on international society, and how society might approach intervention differently in future. Although responsibility for these modules has passed to his colleagues he is still an occasional participant in lectures, seminar discussions, and simulation exercises.