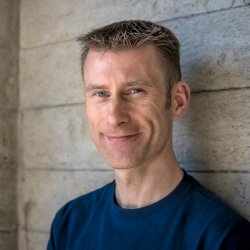 I joined the University as Lecturer in Audio in January 1997, having previously been a Research Associate in the Department of Electronics at the University of York, developing real-time transputer-based systems for perceptually-inspired audio analysis. Prior to that I worked in Nottingham as a software developer at Business Systems Computing and as an assistant recording engineer at Square Dance Studios. My MSc project, MIDIBox, led to the development of the commercial product MIDI Creator.  Sometimes I make music too.

My research activities are on the engineering side of psychoacoustics: measuring, modelling and exploiting the relationships between the physical characteristics of sound and the corresponding perception evoked in listeners. I am particularly interested in the development of systems to predict and/or optimise the perceived quality of audio.

Postgraduate and funded projects supervised and managed include the following.

My teaching focuses on acoustics and psychoacoustics (as well as employment preparation, as part of my role as Assistant Senior Professional Training Tutor). I currently teach the following modules.

(The International Telecommunication Union, Radiocommunication Sector (ITU-R) Recommendation BS.1770 for loudness measurement in mutichannel audio is established as a de facto standard for audio companies and de jure for digital broadcasters. Although its frequency weighting accounts for acoustic effects of the head, the model is insensitive to source distance. Listening tests were undertook to investigate the effect of auditory distance perception on loudness of noise, speech, music and environmental sounds. Based on the variations found, an adaptation of the ITU-R algorithm is proposed and evaluated against subject responses. Resulting differences in loudness levels were within the confidence intervals of the level differences indicated by the subjects in source-reciever distances commonly found in living rooms.)

In the context of devising a spatial ear-training system, a study into the perceptual construct ‘ensemble depth’ was executed. Based on the findings of a pilot study into the auditory effects of early reflection (ER) pattern characteristics, exemplary stimuli were created. Changes were highly controlled to allow unidimensional variation of the intended quality. To measure the psychological structure of the stimuli and hence to evaluate the success of the simulation, Multidimensional Scaling (MDS) techniques were employed. Supplementary qualitative data were collected to assist with the analyses of the perceptual (MDS) spaces. Results show (1) that syllabicity1 of source material (rather than ER design) is crucial to depth hearing and (2) that unidimensionality was achieved, thus suggesting the stimuli to be suitable for training purposes.

A new method is presented for examining the spatial attributes of a sound recorded within a room. A binaural recording is converted into a running representation of instantaneous lateral angle. This conversion is performed in a way that is influenced strongly by the workings of the human auditory system. Auditory onset detection takes place alongside the lateral angle conversion. These routines are combined to form a powerful analytical tool for examining the spatial features of the binaural recording. Exemplary signals are processed and discussed in this paper. Further work will be required to validate the system, and to compare it against existing auditory analysis techniques.

A number of problems have recently come to light whilst attempting to perform perceptually relevant computational analysis of binaural recordings made within enclosed spaces. In particular, it is not possible to extract reliable information for auditory source width or listener envelopment without accounting for the time-domain properties of the stimulus. A new method for performing computational spatial analysis entails computing the running interaural cross-correlation of the binaural signal whilst employing an adaptive filter to perform basic dereverberation, hence gaining an amplitude characteristic of the source stream. Early experimental results indicate that this new technique yields an indication of auditory spatial attributes which is more reliable than that attainable previously.

This paper reports recent progress towards the development of a spatial ear trainer. A study into the perceptual construct of 'ensemble width' (i.e. the lateral spacing of the outer sources contained within an auditory scene) was conducted. With the help of a novel surround panner, exemplary stimuli were created. Changes were highly controlled to enable unidimensional variation of the intended qualitative effect. To assess the success of the simulation, a subjective experiment was designed based on Multidimensional Scaling (MDS) techniques and completed by an experienced listening panel. Additional verbal and non-verbal data were collected so as to facilitate analysis of the perceptual (MDS) space. Results show that unidimensionality was achieved, thus suggesting the stimuli to be suitable for training purposes.