Investigating the role of coagulation in the pathogenesis of Buruli ulcer 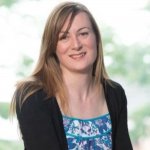 Research in my group focusses on the mechanism of action of mycolactone, the lipid-like exotoxin of the Buruli ulcer infectious agent, Mycobacterium ulcerans. Mycolactone has many unusual and fascinating biological functions, and in 2014 we identified its mechanism of action - as an inhibitor of protein translocation into the endoplasmic reticulum. We are now applying this knowledge to understand more about Buruli ulcer, a neglected tropical disease, and basic cell biology. In particular, I have a Wellcome Trust Investigator Award in Science to investigate how this mechanism underpins the role of disordered blood clotting in the pathogenesis of Buruli ulcer.

After graduating from the University of Manchester with a degree in Molecular Biology, I went on to study for a PhD with David Lane at Imperial College London. My early career was in haemostasis (regulation of blood clotting), with a particular focus on the protein C anticoagulant pathway and endothelial cell biology. I had a career break and then joined the Macrophage Biology group at the Kennedy Institute of Rheumatology (Imperial College London), changing my research field to study inflammatory signalling. My first academic appointment here at the University of Surrey started when I recieved my first award from the Wellcome Trust.

As a molecular biologist, my research interests concern the molecular detail of the pathogenesis of different disease systems. My group specialises in the uncovering of “unusual” mechanisms of gene regulation in eukaryotic cells; as exemplified by our work studying mycolactone function. In order to understand this fully, we have had to (and to an extent still are) follow a trial of breadcrumbs through the fundamental concepts of molecular biology starting from gene transcription, through protein translation and on to protein fate.