Reforms in health policy during the Greek bailouts: What makes reform successful and why?

The project collects evidence from health policy-related elites and stakeholders in Greece and traces the process of policy implementation.

In August 2018, the Greek government announced the exit from the bailout agreement – known as Memorandum of Understanding (MoU) – with international lenders and the return of Greece to normal politics. Nonetheless, the advocacy of an exit has not been accompanied by effective structural reforms to allow Greece to maintain future stability. Health policy is one of the challenging areas of reform regarding efficiency, effectiveness and social impact. Despite consecutive MoUs (2010, 2012 and 2015), health policy has been slow-moving regarding reform with some successes and failures. We explore the reasons behind the variable (full, partial and unsuccessful) implementation of reforms in health policy to identify obstacles and constraints. Despite being mandated by the MoUs, why did some health reforms succeed while others failed to be implemented?

Using the Multiple Streams Framework (MSF) of the policy process, the project collects evidence from interviews with health policy-related elites and stakeholders in Greece and traces the process of implementation to identify sticky points and configuration of pro- and anti-change coalitions. We hypothesise implementation outcomes are due to three factors:

The project’s research question is: Despite being mandated by the MoUs, why did some health reforms succeed while others failed to be implemented? 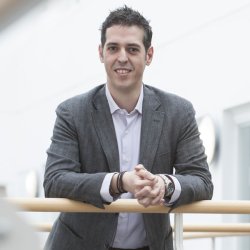 We will organise a one-day workshop in Athens inviting all stakeholders interviewed and other related policy and political actors to (a) present our findings, (b) discuss our recommendations from the policy report and (c) identify ways forward for engaging in successful coalition building to implement reforms.