Journalism and the Internet of Things

PhD student John Mills at the Guildford Institute discussing how Digital is changing the face of news. 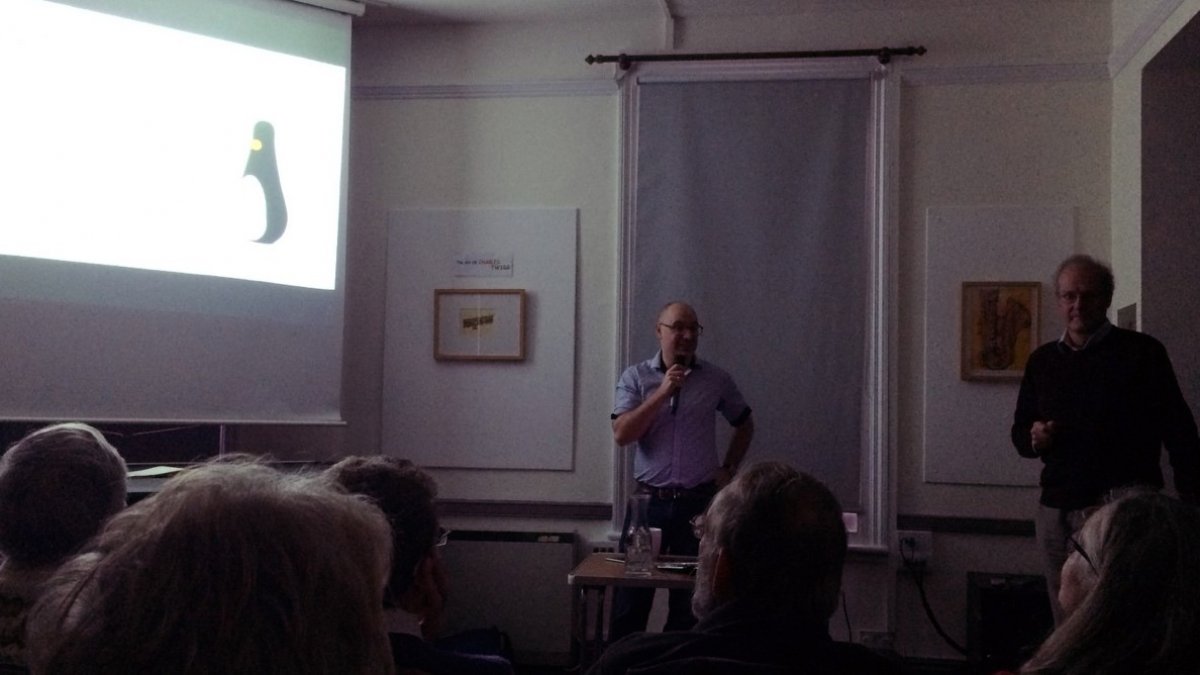 John Mills, one of our PhD students researching journalism and the Internet of Things (IoT), gave an invited talk on his work at the Guildford Institute recently. The Guildford Institute is a social and educational community hub in the centre of Guildford which has been working for and with the local community for over 170 years. It currently hosts adult education courses and exhibitions, and a regular public lecture series.

John’s lecture was attended by about 70 local people and gave an introduction to the Internet of Things before describing its application to journalism in some of his own work, and project’s he’s collaborated on over the last few years.  These included the use of drones to relay images of the Lake District in order to aid search and rescue exercises, bespoke community kiosks asking simple questions of communities and feeding back the action taken by local authorities, interactive newspapers which play audio recordings of source interviews for selected stories, and a toy penguin designed to glow when school is cancelled on snow days. The talk raised audience questions about the balance between professional and citizen news in an age of social media, the use of private information, and the possibility of a post-screen internet of physical-digital things.

John is currently leading the Google-funded NewsThings project from the Media Innovation Studio at UCLAN: http://mediainnovationstudio.org/newsthings-collaboration-wins-google-digital-news-innovation-funding/ John’s work on the project will also form a case study for his PhD at the University of Surrey, supervised by professors David Frohlich of Digital World Research Centre (DWRC) and Alan Brown of the Surrey Centre of Digital Economy (CODE).

NewsThings is supported by Google’s Digital News Initiative, which is injecting €124m over three years to fire news innovation throughout Europe.

Spanning newsroom tools, personalised printers and a physical-digital radio, the project is attempting to establish what new opportunities IoT may present, and how it could capitalise on them. Watch this space to keep up with our evolving ideas!