The world-class facilities and expertise within the University of Surrey’s Department of Music and Media (DMM), including the state-of-the-art Studio 1 and its new Steinway Model D piano, have helped to facilitate an important contribution to diversity in music. 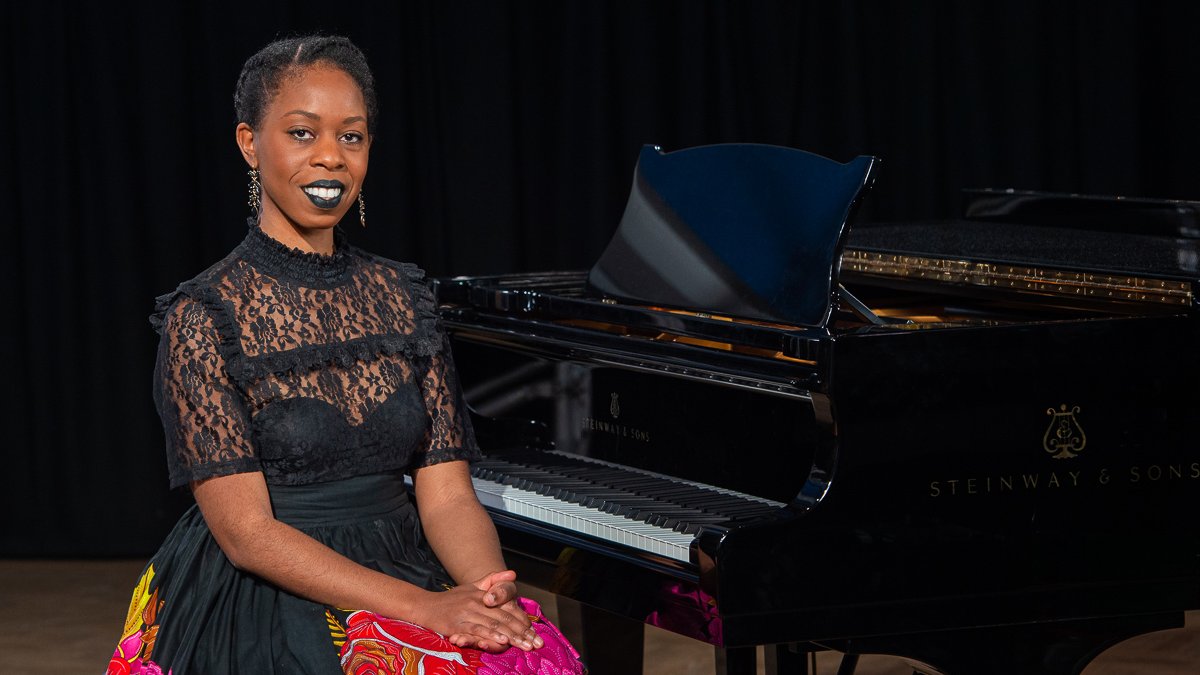 The works were recorded for an album by the LORELT label, which was founded by Surrey alumna Odaline de la Martinez (currently an Honorary Visiting Professor in the Department of Music and Media), and is dedicated to recording work by important, neglected composers.

Born in Guildford, Dr Ege is a Junior Research Fellow at the University of Oxford, a leading interpreter and scholar of Price, and passionate about using her music as a platform to highlight composers from underrepresented backgrounds.  This recording represents a mark of respect for Florence Price as well as a conscious effort to bring the issue of racism to the fore in the discipline.

Dr Ege, supported by Surrey's BMus Music Programme Director Dr Chris Wiley, will also be providing the academic texts and sleeve-notes to accompany, support and contextualise the release, to address the ethnicity and gender issues which have largely hidden the works thus far.

“As a young pianist, discovering Florence Price made me feel visible.  She belonged to a long legacy of Black composers who channelled their African heritage into classical forms.  The classical mainstream must now work to realize the future that Price no doubt hoped to see, one where the concert hall welcomes Black classical artists, not only posthumously.”

“We are passionate about engaging with solutions to some of the long-standing and systemic race issues in music.  I hope that exposing the much overlooked, yet beautifully crafted compositions of Florence Price to wider contemporary audiences might go some way to redress the historical oversight of the wonderful talents and music created by Black women composers of the twentieth century.”

The recording will be released on the 13 April 2021. It is also supported by the Ambache Charitable Trust.

Who was Florence Price?

Florence Price (1887-1953) was an African-American composer born in Arkansas. Having been taught to play by her mother, Price graduated from the New England Conservatory aged 19 with two degrees in piano teaching and organ performance. She is best known for her Symphony No. 1 in E minor, which, when it was performed by the Chicago Symphony Orchestra in 1933, made her the first African-American woman to have her music presented by a major American orchestra.

The systemic and violent racism of early twentieth-century USA society shaped her personal, professional and academic life. Mindful of the ways in which her Black identity would hold her progress back, as a student she presented herself as Mexican. Later, race riots and routine lynchings forced Price and her family to move to Chicago’s South Side. There, however, she found a vibrant community of African American musicians, composers, critics, and sponsors – including a number of women – participating in what would later become known as the Black Chicago Renaissance.

Her compositions, which number more than 300, are characterised by their blend of European Romantic idioms and those drawn from African-American traditional music including call-and-response procedures, use of the pentatonic scale, and allusions to spirituals.