We’re delighted to announce that Dr Cheryll Adams has been named as the Alumna of the Year for 2018, for her outstanding contribution to the health visiting profession. 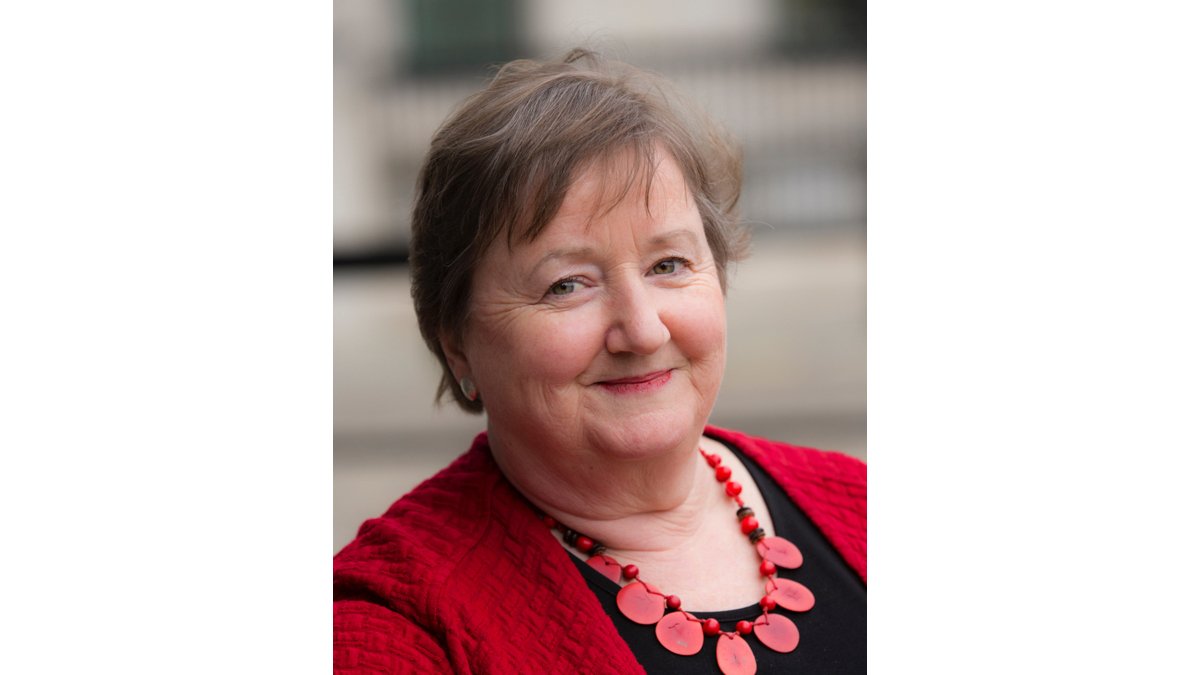 The Vice-Chancellor’s Alumni Awards recognise the tremendous impact our alumni have around the world and this year we received an amazing 140 nominations across four categories: Alumni Achievement Award (from which the Alumnus/Alumna of the Year is chosen), Lifetime Achievement Award, Young Achiever Award and Volunteer of the Year.

The Vice-Chancellor’s Alumnus/Alumna of the Year Award is presented annually to a graduate who has made an exceptional contribution to their field or to society during the previous three years.

Cheryll, who graduated with a BSc in Human Biology with Nursing in 1977, is Director of the Institute of Heath Visiting, which she co-founded to strengthen the quality and consistency of health visiting services across the UK.

Cheryll is also a professional adviser to UNICEF, supporting its work to introduce and strengthen a proxy health visiting model in Eastern Europe and Central Asia, and has worked with the government on a number of initiatives to improve children’s lives. In 2016, she was awarded a CBE as part of The Queen’s 90th birthday honours.

Our Lifetime Achievement Award winner is Professor David Lane, who graduated with a PhD in Clinical Psychology in 1984. During his career, his innovative approach has supported young people and enhanced developments in education. He has taken a leading role in the field of drug education, prevention and treatment and David’s work on bullying in schools resulted in the first co-authored book on the topic in the UK, which significantly changed both the debate and practice across the world. He is also Director of the Professional Development Foundation, established to enable individuals and organisations to develop work-based research, consultancy and educational activities.

The Alumni Achievement Award recognises a graduate who has made a significant impact in their field or to society in general. Our 2018 winner is Dr Prasanna Sooriakumaran, or PS as he is widely known, Consultant Urological Surgeon at University College London, who graduated with a PhD in Prostate Cancer in 2006. He is among a handful of UK surgeons performing a novel robotic prostate cancer operation that has revolutionised care for thousands of men globally, performing more than 150 robotic prostatectomies a year.

The Young Achiever Award recognises a graduate who has achieved early career success or community service and is a role model for students and younger alumni. Our 2018 winners are Robert Gryn (BSc Entrepreneurship in Technology, 2008) for his exceptional achievement within the digital marketing field worldwide; Andrew Keates (BA Musical Theatre, 2009), pioneering director and producer in the theatre, who also campaigns for ethnic minority involvement and HIV awareness and acceptance; and Lydia Walpole (MEng Civil Engineering, 2010), for her early career success and as a champion for the study of STEM subjects and civil engineering in particular.

The University is pleased to name Professor Nick Amott as winner of the Volunteer of the Year Award, which recognises graduates who have made a significant commitment to Surrey, acting as an ambassador and inspiring students, staff and other alumni. Nick has worked at engineering and construction company Fluor for over 35 years and is a visiting professor at the University. Nick has long been an advocate for our Department of Chemical and Process Engineering, and continues to energetically work to build Surrey’s partnership with the company into the future. He has facilitated annual Professional Training Year placements, gifts totalling almost £70,000 over the last eight years, together with a recent $300K gift to continue the transformation of our undergraduate labs and create a new Fluor Pilot Plant.

The Vice-Chancellor, Professor Max Lu, said: “The University of Surrey has over 112,000 alumni around the globe. We are very proud of all their achievements and contributions, as reflected by the large number of strong nominations we had this year for the VC’s Awards. We make positive changes and help shape the future of the world through our graduates and impactful research. This is what makes us one of the leading universities in the UK.

“I congratulate all of the winners, who are wonderful role models in demonstrating real impact.”

Full interviews will be published with all of our winners, so watch out on our website and in the annual Forever Surrey magazine in July.