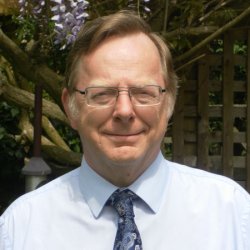 Bob Slade is a Professorial Researcher funded by several programmes in multiple areas of Chemical Technology.    He has served as Head of Chemistry and Acting Head of 2 historical Schools at the University of Surrey.  His research is typically cross-disciplinary.

In his current role, Bob is investigator in several government and industry funded research programmes and acts as mentor to junior staff members (Chemistry and other departments) in their career development, particularly in bids for external funding.   His research is deliberately multi-disciplinary, with local collaborations and supervisions involving colleagues in several departments of the Faculty of Engineering and Physical Sciences,

1998-2003 Deputy Head of School (School of Physics and Chemistry and then School of Biomedical and Molecular Sciences).

Current contracts include 2 on alkali metal based electrochemical batteries and supercapacitors (for electrical energy storage and recovery), 1 on microfitration using porous activated ceramic filter membranes (particularly for polluted gases, including energy technology applications) and 1 in the area of space technology; all include post-doctoral workers.  In addition, Bob co-supervises several cross-disciplinary PhD students.