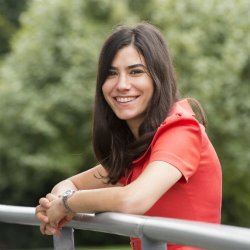 Department of Finance and Accounting.

My current research focus lies in the area of credit risk and macroeconomic activity, with wide interests in credit markets, macro-financial linkages, international economics and finance. I currently teach MSc Fixed Income Investments and MSc International Finance and I am the Programme Director of MSc Investment Management. I have previously acted as the External Business Engagement Lead and the Research Seminar Coordinator for the Department of Finance and Accounting in the Surrey Business School.

Top jobs with a corporate finance or investment management degree

When EU corporate bond spreads widen, recession may be around the corner
LSE Business Review

Award for Teaching Excellence at department level, yearly during 2014-17

“Honestly the whole module was great, one of the best, if not the best, modules I've done during my course, lecturer was passionate and engaging about the subject and quite frankly made it an enjoyable module to attend.”

"Dr. Veleanu is the best teacher and youngest teacher I had met. She devoted and gave us the most time to explain things clearly and respond helpfully if we did not understand. She also encouraged and motivated me for my study life."

“Ms. Veronica explained every chapter clearly and she is very patient.”

“One of the most interesting modules and lecturers in my opinion.”

"Amazing lecturer who seems to really enjoy what she does and keeps us engaged."

“Veronica is an amazing lecturer and a great person!”