A series of presentations, workshops, keynote lectures exploring the links between rhythmic cognition and contemporary musical practice. This has been presented internationally to a wide range of music practitioners and researchers

Commissioned for Graham Roberts by the Royal Philharmonic Orchestra and The Royal and Derngate. Recorded by John Williams.

A portfolio of (often collaborative) data sonification and data-driven (audio and audio-visual) works and presentations, exploring the systematic translation of scientific data and natural phenomena into musical and sonic material. The aims of the project include the sourcing of novel compositional aesthetics, concepts and systems, and to provide new approaches to public engagement, science and health communication.

Gerald Murnane is a celebrated yet singular Australian literary voice that defies many of the conventions and stereotypes of Australian literature. This project seeks to employ appropriate musical responses to Murnane's literary vision, through musical settings of selections from his texts and including audio recordings of interviews and field recordings around his remote home in rural Australia.

This investigation has been carried out by inviting practitioners (mostly composers) to join the network and subsequently using panel sessions, conference presentations and workshops to initiate discussion, debate and reflection. The commissioning of new work has been a key strategy; four artists have been commissioned, tasked with bringing their projects to fruition within the lifespan of the network and keeping careful documentation of their making processes. This documentation will be made available on the network website so that it is accessible for anyone interested in how the creative process functions in an interdisciplinary context.

The work we have encountered and discussed has ranged from the inherently interdisciplinary, for example sonic art, data sonification, to hybrid practices such as physical music and cross-art collaborations. Artists we have heard (and heard from) have worked in interdisciplinary spaces from the broad (music and product design) to the narrow (composition and performance). They have often used a bridge building metaphor to describe how their work connects different disciplines but alternatives have also been proposed, for example working at the centre (as in the centre of a network) rather than simply between disciplines. A variety of reasons for adopting an interdisciplinary practice have been put forward: to empower performers, to reach broader audiences, to explore complex concepts, to renew or extend aesthetic territory.

Practice shared within the network has revealed the wide range of skills interdisciplinary work requires, from flexibility in compositional structures and leadership to collaborative and improvisational skills. The importance of skill itself has been debated within the network particularly when applied to multiple disciplines; participants have been rightly wary of mere dilettantism but, on the other hand, the need to acquire expertise across unfamiliar disciplines has been questioned - is it enough simply to understand? As a means of acquiring these skills the artistic ‘laboratory’ has emerged as vital, providing a space in which, with the right methods, ingrained disciplinary habits may be softened to facilitate productive interaction and exchange.

The network has heard from composers working in more curatorial roles, stepping back and worrying less about details, relaxed about authorship. Contributors to the network have shown adventurous attitudes towards their work. Some have been natural interdisciplinarians whose interests carry them to a much broader field of compositional activity, others have been new to the territory and sought partnerships with other disciplines for specific projects or as their practice has evolved. Their urges to escape the confines of their disciplines have been driven by play, curiosity, having a problem to solve, or a dissatisfaction with what they can achieve alone. Finding the right kinds of interaction within teams has played a crucial role in achieving a high degree of innovation.

Contemporary practices in music appear to be increasingly foregrounding interdisciplinary approaches either from individual artists or collaborators. Compositional activity in all its guises - sonic art, notation-based instrumental music, the myriad forms of electronic music, music in the theatre, dance, film and so on - presents a field of practice where disciplines can connect in various ways, sometimes overlapping, sometimes bridging divides, sometimes integrating. Work of this type interests established and emerging artists alike, from Michael Gordon’s recent City Symphonies to projects by collectives such as squib-box and London Topophobia. Such work gives rise to a number of questions: how are the composer and the act of composing redefined in this context; can interdisciplinary work be facilitated/led and, if so, how; what is the role of technology; is the notion of interdisciplinarity one that concerns artists who work outside the academy; what kinds of new interdisciplines are emerging?

The seminar will address these questions from different perspectives and through different activities: we will hear from leaders of arts organisations and academic units, artists and artist-researchers; activities will include panel discussions, a workshop and a keynote address. A plenary session will draw out emerging themes from the day but we are keen to involve delegates throughout in order to increase our awareness of the state of play amongst artists/musicians working between disciplines. Delegates will play a vital role in extending the size of the network and the breadth of practice and theory it is able to encompass.

Participants include composers Helen Chadwick and Eduardo Miranda, sound artists Cathy Lane and Paul Whitty, Susanna Eastburn (Chief Executive, Sound and Music), Vanessa Read (Executive Director, PRS for Music Foundation) and Rebecca Hoyle (Professor of Applied Mathematics at the University of Southampton and former director of the interdisciplinary MILES programme at the University of Surrey). Music Composition as Interdisciplinary Practice is a collaboration between Surrey, York and Oxford Brookes universities and is run jointly by Tom Armstrong and Ambrose Field.

We invite practitioners (both freelance and working from universities), academics, arts administrators (particularly with small and medium sized organisations), promoters, curators, arts funders and educators. As the first event in the network’s schedule of activities the seminar can help shape its direction and generate exciting possibilities for future work.

Contemporary practices in music appear to be increasingly foregrounding interdisciplinary approaches either from individual artists or collaborators. Compositional activity in all its guises - sonic art, notation-based instrumental music, the myriad forms of electronic music, music in the theatre, music for dance, film and so on - may be conceived as a nexus where the practices of different disciplines can connect in various ways, overlapping, bridging, or integrating. The above research network has been established to investigate this area of practice: what kinds of interdisciplinarity are in evidence here, how are these practices organised/facilitated/led, how is such work created and what might this knowledge add to understandings of artistic creativity?

With these questions in mind the organisers are seeking to gather a broad range of perspectives on interdisciplinary practices involving composition including, but not limited to, historical, interpretative, analytical, philosophical and practice-based viewpoints. We welcome proposals that critique notions of interdisciplinarity and that originate from any disciplinary background (for example artists working compositionally for whom music may not be their ‘home’ discipline).

The day-long festival combines the presentation of new work alongside opportunities for engagement with interdisciplinary artists, researchers, producers and leaders through panel, workshop and lecture-demonstration formats. It aims to encourage reflection on, through and around interdisciplinary practice in music composition broaching broader issues concerning the affordances of interdisciplinarity and ways it may be fostered.

Four artistic projects have been commissioned by the network and will premiere at the festival. Focussing on the Zapruder film (the accidental home movie record of JFK’s assassination) Jamie Hamilton and Dom Czapski explore the perception of meaning and the mass media through a devised theatrical montage of movement, speech, sound and multiple found sources. Squib-box investigate how digital entities and avatars can act as containers of collective consciousness or personality even as the absence of a corporeal body creates contradictions and ruptures. Performing with the virtual pop-star, Hatsune Miku, their role as live backing band gradually mutates and destabilises Miku's digital persona. Choreographer Jan Lee looks at the interdisciplinary possibilities of music and dance that lie beyond juxtaposition. Her dancers become musicians through both the musical structures they respond to and their ‘playing' of the space and objects within it. Jan explores how dancers’ receptivity to sound can take centre stage, re-locating it in their bodies and making their physical presence part of the substance of the composition. The idea of place drives Rodrigo Camacho’s and Sara Rodriguez’s piece, particularly its influence on how cultural identity is formed and perceived. Working together with humanities researchers from Goldsmith’s they will be working with poetic literature relevant in some way to New Cross in London. Starting with a site-specific impetus they will then adapt the material for other spaces to find out whether the characteristics of the original space can be transplanted to another.

The festival will also feature artists and artist-researchers talking about their existing work. Jason Freeman will discuss his approaches to participatory music making using networked technology; Michael Picknett will lead a workshop on using theatrical devising techniques in instrumental composition; Scott Mc Laughlin will present an immersive performance from scores created by projecting light through revolving glass sculptures; Matteo Fargion and Jonathan Burrows will perform work from their extensive back catalogue of ‘musicalised’ choreography/choreographed music. To get the day underway Susanna Eastburn (Chief Executive of Sound and Music) will lead a panel discussion with festival participants discussing enabling and disabling factors to interdisciplinary work in music composition.

The diversity within the programme reflects the nature of interdisciplinarity itself. It will appeal to those interested in experimental music, performance, multimedia, installation, dance and theatre practices, or simply curious to hear and see a snapshot of composers working between disciplines today.

Commissioned for Emmanuel Despax and the Orpheus Sinfonia by S. W. Mitchell Capital.

In collaboration at EMPAC, with Chris Watson and Carlos Casas.

An ongoing collaboration with sleep scientists and neuroscientists in the translation of sleep patterns into music.

Royal Physiological Society public lecture at the Barbican Centre (5 Dec 2018): a dialogue between neuroscientist Morten L Kringelbach and composer Milton Mermikides about the neuroscience of human sleep, and how this can be used to inform and create musical compositions arising from the cyclical choreography of sleep in health and disease.

A chapter in MIT press’ landmark publication on sound art.

Commissioned by John Williams to mark the 50th Anniversary of the City of London.

A collaborative immersive VR project with composer Michael Price. vRSP is developing outputs which are exemplars of a wholly new genre of art work, designed for virtual space but based on notable and rare historic places for which music will be written to integrate musical and social memory, and exploit unique architectural and acoustic environments.

The International Guitar Research Centre (IGCR) provides an international hub for guitar-centered research in all styles of music. 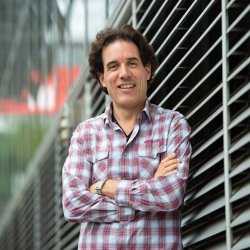 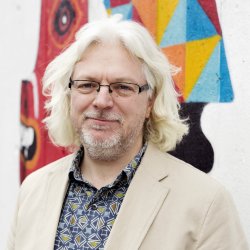 Professor of Composition and Director of the International Guitar Research Centre 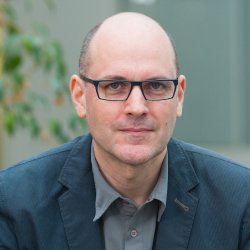 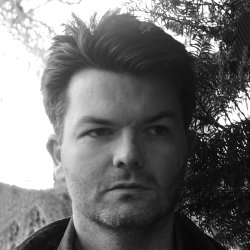 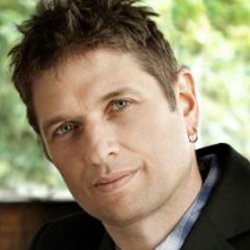 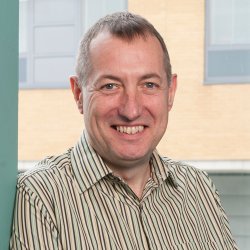 Head of Department of Music & Media