In the second of two Adams-Sweeting lectures in 2019, Nobel Prize winner Sir Paul Nurse took us through revolutionary advances by tracing the development of science from its first glimmerings in pre-history through to today. 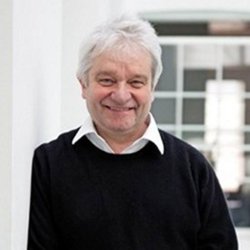 Paul Nurse is a geneticist and cell biologist whose discoveries have helped to explain how the cell controls its cycle of growth and division. Paul’s contributions to cell biology and cancer research were recognised with a knighthood in 1999. In addition, Paul’s endeavours relating to the discovery of cell cycle regulatory molecules saw him jointly awarded the Nobel Prize for Physiology or Medicine in 2001.

When we hear the word ‘revolution’, we usually think of major transformations in the spheres of politics, economics, social organisation or religion – but what about the revolutions brought about by science?

From cultural change, to the development of human civilisation, geneticist and Nobel Prize winner Sir Paul Nurse argues that science is the most long-lasting revolutionary activity known to humankind. Science generates systematic knowledge that stands the test of time, resulting in long-standing consequences for society and the way that we live.

Sir Paul illustrates some of these revolutionary advances by tracing the development of science from its first glimmerings in pre-history through to today. He argues that revolutions in science have been of great benefit to humanity, and if science is properly nurtured and used well, it will continue to bring great benefits in the future.