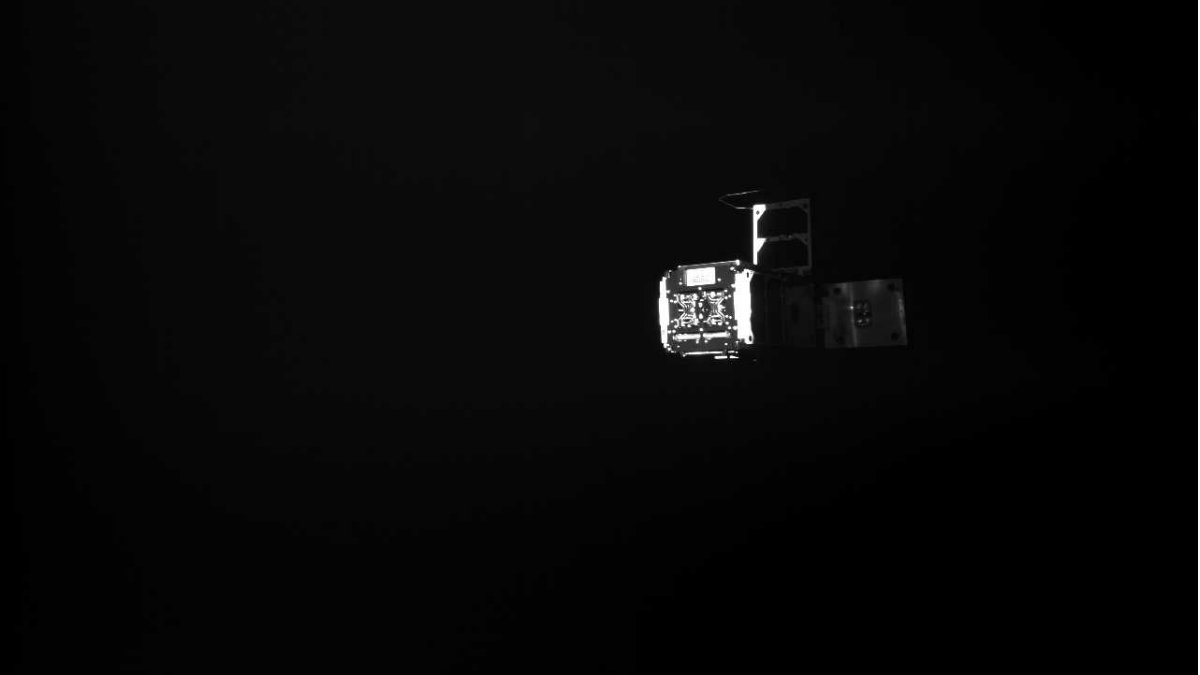 RemoveDEBRIS carried out a test of its onboard vision-based navigation (VBN) system on Sunday 28 October. The test saw the RemoveDEBRIS spacecraft release a target cubesat and then take images of the descending object and its surroundings using its flash LiDAR and colour camera – providing accurate information vital for measuring distance, direction and speed of space debris.

A GPS payload onboard the target cubesat is going to be used in the coming days to verify the data from the VBN system. The target cubesat will soon enter the Earth’s atmosphere where it will burn up.

The RemoveDEBRIS mission was deployed from the International Space Station in June 2018 and it carried out its first ground-breaking net capture test in September 2018.

RemoveDEBRIS was designed, built and manufactured by a consortium of leading space companies and research institutions led by the Surrey Space Centre at the University of Surrey. The spacecraft is operated in orbit by engineers at Surrey Satellite Technology Ltd (SSTL), based at the Surrey Research Park in Guildford, UK. The project is co-funded by the European Commission.

Professor Guglielmo Aglietti, Director of the Surrey Space Centre at the University of Surrey, said: “While this experiment may not be as eye-catching as its predecessor, it could prove to be just as consequential. What we have proved with this successful test is that the vision-based-navigation system is able to provide accurate information about a piece of debris, its behaviour and its flight of travel – information crucial in an active debris removal mission.”

Thomas Chabot, VBN Project Manager at Airbus, said: “Vision-based navigation sensors and algorithms are essential elements enabling rendezvous with and subsequent capture of uncooperative space targets such as orbital debris. Through the vision-based navigation experiment which just occurred onboard RemoveDEBRIS, a key step for demonstrating the VBN system suitability and assessing its performances in flight has been achieved, paving the way towards its use on future active debris removal or on orbit servicing operational missions.”

The US Space Surveillance Network tracks 40,000 objects and it is estimated that there are more than 7,600 tonnes of ‘space junk’ in and around Earth’s orbit - with some moving faster than a speeding bullet, approaching speeds of 30,000 miles per hour.

The research leading to these results has received funding from the European Union Seventh Framework Programme [FP7/2007-2013] under grant agreement n°607099.

The RemoveDEBRIS consortium consists of: