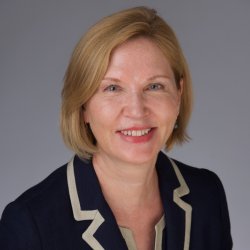 Department of Strategy and International Business.

Before joining Surrey Business School, born and educated in Russia, Saori spent twenty years’ working in academia and the public and private sectors in Japan, including a think tank of the Cabinet Office Government of Japan, major Japanese trading company Sumitomo Corporation and Daiwa Institute of Research, - a think tank in Japanese second largest investment banking group – Daiwa Securities. She also has seven years’ experience of working in the City of London as an executive director and senior economist at Daiwa Capital Markets Europe Ltd.

Saori has taught Japanese economy courses at Chuo and Oberlin Universities in Tokyo for Japanese students and international students from across Europe and Asia.

She was the CEO of an educational consulting company, designing, organizing and delivering executive education programmes, including courses on corporate finance and Japanese corporate culture for managers of leading Russian institutions in liaison with other Japanese think-tanks.

Saori is the author of two books on Russia and has published numerous articles in major Japanese media on issues related to emerging markets.

Fluent in Russian, Japanese and English, Saori holds her PhD in economics from Chuo University in Japan.