Has the time come to replace traditionally used silicon with printable organic semiconductor inks? University of Surrey scientists believe so, especially for future electronics that need to be flexible, lightweight, wearable and low-cost. 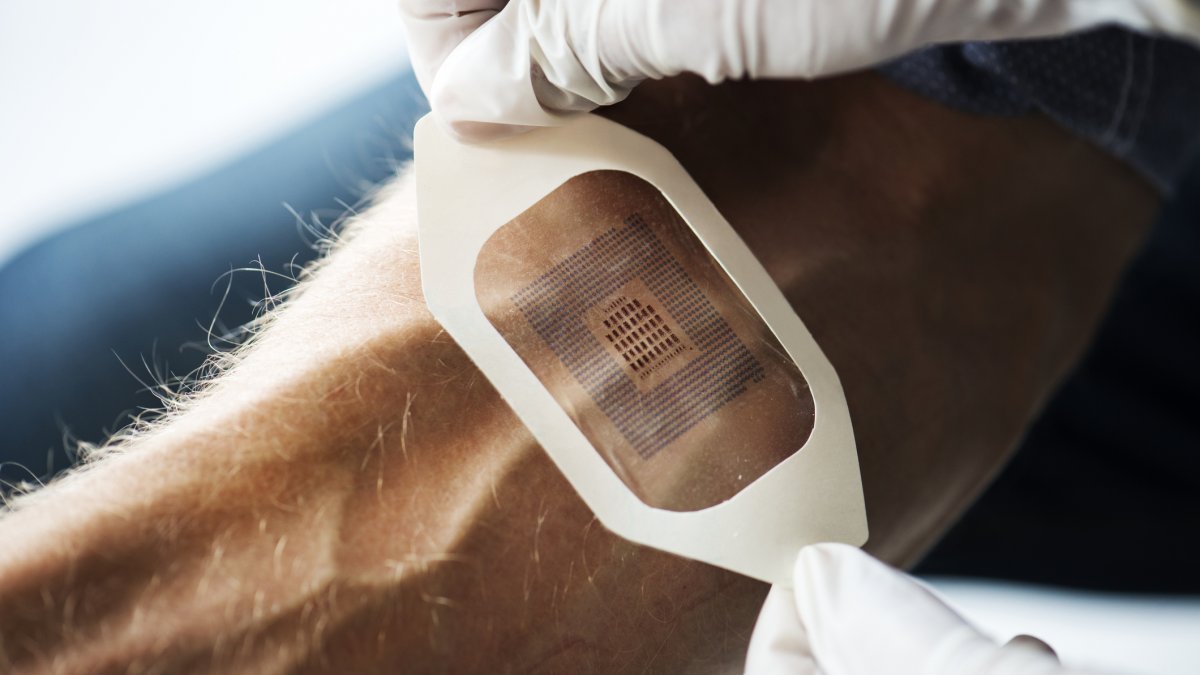 Single crystal semiconductors, such as silicon, have been at the forefront of scientific interest for more than 70 years, serving as the backbone of electronic devices. Inorganic single crystals are typically grown from a melt at very high temperatures, in special chambers filled with inert gas, using time-consuming and energy intensive processes. A new class of crystalline materials, called organic semiconductors, can also be grown as single crystals, but in a very different way, using solution-based methods at room temperature in air, opening up the possibility of large-scale production of inexpensive electronics, targeting numerous applications ranging from field effect transistors and light emitting diodes to medical x-ray detectors and miniature lasers.

New research, published today in Nature Communications, conducted by a team of researchers from the University of Surrey and National Physical Laboratory, demonstrates for the first time a low-cost, scalable spray-printing process to fabricate high-quality isolated organic single crystals. The method is suitable for a wide variety of semiconducting small molecules, which can be dissolved in solvents to make semiconducting inks, and then be deposited on virtually any substrate. The key aspect is in combining the advantages of antisolvent crystallization and solution shearing. The crystals’ size, shape and orientation are then controlled by the spay angle and distance to the substrate, which govern the spray droplets’ impact onto the antisolvent’s surface. These crystals are high quality structures, as confirmed by a combination of characterisation techniques, including polarised optical and scanning electron microscopy, x-ray diffraction, polarised Raman spectroscopy and field-effect transistor tests.

Grigorios Rigas, a collaborative PhD researcher (ATI and NPL) and a first author, explained: “If we look at silicon, it takes almost 1,500 degrees centigrade to grow semiconductor grade crystals, while steel spoons will melt at this temperature, and it will fetch a very hefty electric bill for just 1 kg of silicon, same as for running a tea kettle for over 2 days non–stop. And then, you would need to cut and polish those silicon ‘boules’ into wafers.

“We can make single crystals in a much simpler way, entirely at room temperature with a £5 artist spray brush. With a new class of organic semiconductors based on carbon atoms, we can spray-coat organic inks onto anything, and get more or less the right size of crystals for our devices right away.”

“The trick is to cover the surface with a non-solvent so that semiconductor molecules float on top and self-assemble into highly ordered crystals. We can also beat silicon by using light emitting molecules to make lasers, for example, – something you can’t do with traditional silicon. This molecular crystals growth method opens amazing capabilities for printable organic electronics.”

More details on organic single crystals characterisation can be found in Nature.