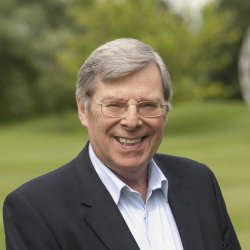 Professor Evans was educated at the University of Leeds, obtaining BSc (1st Class Hons) and PhD degrees in 1965/8 respectively. He then joined the British Telecom sponsored team at the University of Essex (Lecturer-Reader 1968-83) where he was responsible for setting up the Telecommunication Systems post-graduate activities and for leading the radio systems group researching in radio propagation  (initiating dual polarisation satellite systems) speech coding and satellite systems initiating SCPC syllabic companded FM which became a satellite standard used by developing countries.

In 1983 he was appointed to the Alex Harley Reeves Chair of Information Systems Engineering at the University of Surrey.  He championed the idea of independent research centres and was founder Director of the Centre for Satellite Engineering Research in 1990. He was a founder Director of the successful spin-out company, Surrey Satellite Technology Ltd producing small satellites and  which now boosts over 500 employees and is located on the Surrey research park. In 1996 he became founder Director of the new Centre for Communication Systems research ( CCSR ) – a post he held until 2010. CCSR was the largest European academic research group in Mobile and Satellite Communications.  CCSR being an extremely successful research centre with over 40 research fellows, 100+ PhD students and an annual research portfolio of £15m. CCSR played a central role in the UK’s Mobile Virtual Centre of Excellence, major participation in EU’s Framework Research Programmes (including most of the satellite projects) and wide industrial collaborations and strategic alliances (including Nokia, Ericsson, Vodafone, Thales, EADS-Astrium and Motorola). In 2013 CCSR became an independent research Institute for Communications Systems(ICS) at the University and was awarded £35m from UK Government and industry to set up a 5G Innovation Centre (5GIC) working between academia and industry.

Taking a wider role in the University, Professor Evans was appointed Dean of Engineering from 1999 to 2001, moving to Pro-Vice-Chancellor for Research and Enterprise in 2001 -2009. In the latter capacity he was responsible for research across the University and for the expanding role of technology transfer and spin outs. In 2010 he returned to a full time academic role in ICS where he heads up the satellite communications research activities.

Outside the University of Surrey, Professor Evans was responsible for setting up the Mobile Virtual Centre of excellence in the UK (collaboration of 6 Universities and 20+ companies) ,. Barry has been a participant in many of the EU funded  research projects and has served as an advisor to the EU on future research programmes. He chairs the Steering Board of the satellite communications network of excellence SatNEx supported by EU and now ESA. His current research interests include channel modelling and MIMO as well as advanced modulation and coding, satellite on board processing  and the integration of satellites and terrestrial systems in 5G as well as spectrum and cognitive radio studies. His earlier work on secure speech over mobile systems has resulted in a spin off company Mulsys ltd, for which he is a Director.

Professor Evans has been also involved in the UK Foresight programmes in Communications and ITEC, EPSRC Strategic Advisory Committees, MoD-DSAC Committees, adviser to DG of  OFTEL, board member of BNSC-TNAB as well as ITU, ETSI and EU Advisory Committees. He was until recently a member of the Ofcom Spectrum Advisory Board, the Steering Council of the European Technology Platform – Integral Satcom Initiative and is now on the steering board of the EU technology platform NETWORLD2010. . He was created a Fellow of the Royal Academy of Engineering, UK’s national academy of engineering in 1991 and in 2013 was awarded the Ambrose Fleming medal by the IET in recognition of his achievements in satellite communications and bringing industry and academia together.

Professor Evans has been also involved in the UK Foresight programmes in Communications and ITEC, EPSRC Strategic Advisory Committees, MoD-DSAC Committees, adviser to DG of  OFTEL, board member of BNSC-TNAB as well as ITU, ETSI and EU Advisory Committees. He was recently a member of the Ofcom Spectrum Advisory Board, the Steering Council of the European Technology Platform – Integral Satcom Initiative and is now on the steering board of the EU technology platform NETWORLD2010. .

Our successes in the satellite arena go back to the first publication of a satellite based mobile cellular system in the 1980’s—LEONET, which for the first time proposed the basic ideas on which the later Iridium system was based. Research from Surrey was responsible for the basic concepts of network management and RRM in such constellations. Our work then on constellations came up with optimised LEO orbits on which the SKYBRIDGE system was based and more recently the spectrum used for this has been adopted for the ONEWEB constellation of LEO satellites proposed for 2020 onwards.

Integration of satellite systems with terrestrial has been a theme of our research for many years going back to the 1990’s when we proposed in an EU project SATIN the idea of joint multimedia delivery between satellite and a terrestrial component. This was followed up by further projects MoDiS and MAESTRO to actual demonstration of the system in a 4G network in Monaco and the launch of a joint venture satellite system(SolarisMobile) by Eutelsat and SES. In addition this paved the way for S band spectrum harmonisation across the EU for these systems. Another example of our commitment to integration was in the EU project BATS which concerned the multi linking of traffic between satellite, mobile radio and terrestrial lines to provide improved QoE for users. With an intelligent user gateway in the domestic premises broadband users achieved enhanced performances and this was demonstrated in the lab and in the field via 50 households across Europe. We have produced for OFCOM a study on various broadband IP applications  over satellite with QoE results which they have used on their website to convince the use of satellite.

In 2007 we proposed to ESA the ideas behind a Terrabit/s (HTS) satellite and convinced them of its feasibility in a SatNEx study. This was followed by industrial contracts from ESA in which we participated for the design of such satellites and their smart gateway ground segments. Now most major satellite manufacturers have adopted these ideas and are producing commercial satellites based upon them. In a complimentary project CoRaSat we have proposed a mechanism for satellite and terrestrial users to share the Ka band spectrum by incorporating terrestrial data bases in the satellite network gateways so that carriers can be allocated to avoid interference. This was validated using data from several EU countries and has been adopted by CEPT and is being integrated by several terminal manufacturers.

On the networking side we were one of the first to research IP multicast over satellite in EU projects SatLife, SATSIX and EuroNGI and the outcomes of this work were fed into ETSI and IETF standards work. Multicasting via satellite is now being pursued for integrated content delivery to the edge in 5G networks. We have also worked extensively with industry on security in satellite networks eg dynamics of key management in secure satellite multicast. This work again has fed into ETSI and IETF standards and is currently in the ITU roadmap standards. Very recently the security work has used blockchain ideas to enhance these security issues over satellite.

Coming right up to date our research is now concentrating on the integration of satellites into 5G networks. We are currently involved in the EU project SaT5G which has proposed an integrated architecture for satellites into a 5G core network. We are now working towards demonstrating this architecture in backhaul, content delivery to the edge and to moving platforms using our 5GIC, 5G test bed at Surrey. This involves the virtualisation of the satellite component and integration with the Core network as well as the E2E orchestration of the integrated connection. Additional work with ESA is on-going to develop a modified New Radio air interface system that will be efficient for use over the satellite channel. 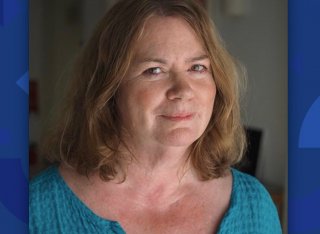 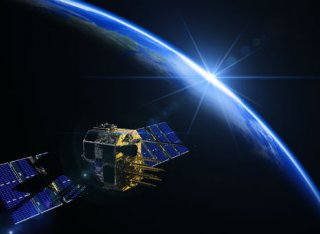 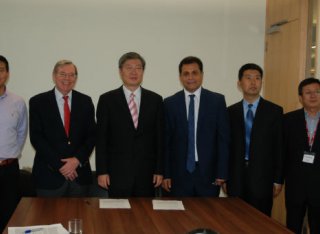 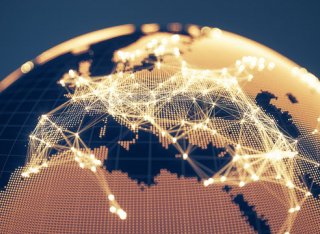 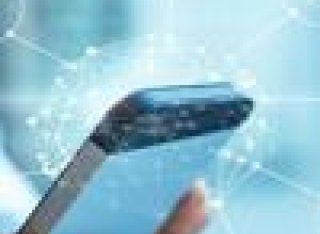 Session Initiation Protocol (SIP) is an application layer signalling protocol used in the IP-based UMTS network for establishing multimedia sessions. With a satellite component identified to play an integral role in UNITS, there is a need to support SIP-based session establishment over Satellite-UMTS (SUNITS) as well. Due to the inherent characteristics of SIP, the transport of SIP over an unreliable wireless link with a larger propagation delay is inefficient. To improve the session setup performance, a link layer retransmission based on the Radio Link Control acknowledgement mode (RLC-AM) mechanisms is utilised. However the current UMTS RLC-AM procedure is found to cause undesirable redundant retransmission when applied over the satellite. As such, this paper proposes an enhancement to the RLC protocol through a timer-based retransmission scheme. Simulation results reveal that not only the system capacity can be improved through this redundant retransmission avoidance scheme, but also better system performances in terms of session setup delay and failure are gained.

In this article we examine the role of satellite communications in future telecommunication networks and service provision. Lessons from the past indicate that satellites are successful as a result of their wide area coverage or speed to market for new services. Niche areas such as coverage of air and sea will persist, but for land masses convergence of fixed, mobile, and broadcasting will dictate that the only way forward for satellites is in an integrated format with terrestrial systems. We outline future ways forward for satellites, and discuss the research challenges and technology advances needed to facilitate this integrated approach.

An improved method for estimating the frame/symbol timing offset in preamble-aided OFDM systems is presented. It uses a conventional preamble structure and combines autocorrelation techniques with restricted cross-correlation to achieve a near-ideal timing performance without significant increase in complexity. Computer simulations show that the method is robust in both AWGN and fading multipath channels, achieving better performance than the existing methods.

The close synergy between a satellite system and terrestrial mobile cellular networks for cost-efficient content delivery to mobile users lies at the core of the satellite digital multimedia broadcasting system concept. Having already rich research and design work behind it, much of which has been carried out in the framework of European R&D projects, the system has recently seen the end of its first field trials, which relied on an experimental platform representing the future operational system. The article reports the outcomes of these trials that confirmed the technical feasibility of the system concept and provided valuable hints for the subsequent system design stages.

In broadcast wireless networks, the options for reliable delivery are limited when there is no return link or a return link is not deemed cost-efficient due to the system resource requirements it introduces. In this paper we focus our attention on two reliable transport mechanisms that become relevant for the non real time delivery of files: packet-level Forward Error Correction (FEC) and data carousels. Both techniques perform error recovery at the expense of redundant data transmission and content repetition respectively. We demonstrate that their joint design may lead to significant resource savings.