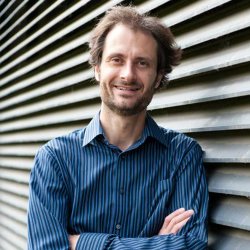 Daniel Whelligan gained a 1st class MSci degree in Natural Sciences from the University of Cambridge (Churchill College) in 2000. After graduation, he spent the summer at Université Bordeaux I, France carrying out organic synthesis in the group of Professor Stephane Quideau. He then moved to the University of Durham for his PhD with Dr Patrick Steel on the use of silenes (Si=C) in novel organic synthetic methods. In 2004, he secured an Alexander von Humboldt Postdoctoral Research Fellowship to work on the use of paracyclophanes in asymmetric catalysis with Professor Carsten Bolm at RWTH Aachen University, Germany. From 2006-7, he took time to travel around the world including a 3 month postdoctoral research placement with Professor Mark von Itzstein at the Institute for Glycomics, Griffith University, Australia. On return to the UK, Daniel worked from 2007-10 at the Institute of Cancer Research (ICR) as a Postdoctoral Training Fellow in Medicinal Chemistry in the group of Dr Swen Hoelder on the discovery of inhibitors of cancer targets. In 2011 he was appointed as Lecturer of Organic/Medicinal Chemistry at the University of Surrey.

MRSC
Member of the Royal Society of Chemistry 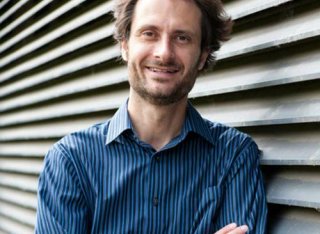 The Whelligan group uses organic synthesis to answer questions and solve problems in biology and alkaline fuel cell and electrolyser research. For biology, this includes drug discovery and the design of inhibitors and probes for use as investigational tools. During this research, opportunities to develop novel synthetic methods are exploited. Major projects are described below:

Design and Discovery of Inhibitors of the DNA Repair Enzyme Aag

The DNA repair enzyme Aag (Alkyladenine glycosylase) locates and excises alkylated or oxidatively damaged DNA bases (orange in the video, right) and thus initiates the base excision repair (BER) pathway. However, through mouse Aag knockout and overexpression studies, it has been shown that in photoreceptor, spleen, thymus, bone marrow, pancreatic β and cerebellum cells, the action of Aag in response to DNA alkylation (by MMS) leads to cell death. A small molecule inhibitor of Aag is required for use as a tool in further investigations of the biological mechanisms which mediate this cell death. Furthermore, since humans show varying levels of Aag activity and may encounter alkylating agents naturally, from the diet, pollution or as part of chemotherapy, an inhibitor may form a drug discovery lead for diseases or situations where the action of Aag may be leading to tissue degeneration.

We are engaged in Aag inhibitor discovery via two routes, both of which now follow the discovery cycle shown in Fig. 2:

For a talk to a multidisciplinary audience on this project, see the MILES Showcase Presentation.

This work was supported by a Royal Society Research Grant [RG140689].

This work was supported by the Engineering and Physical Sciences Research Council [grant number EP/I000992/1].

Azaindoles (4) find widespread use in drug discovery yet methods which permit access to all possible regioisomers are limited and their purchase is costly. Whelligan et al previously published a two-step synthesis of all regioisomers from chloro- or bromo-aminoarenes which involves Suzuki coupling with ethoxyvinylborolane 2, to give an ethoxyvinylarene 3, followed by acid-mediated cyclisation. We are now investigating the versatility of the ethoxyvinylarenes 3 in terms of producing substituted azaindoles or tricycles in one step.

The Mechanism of Action of Mycolactone, Causative Agent of Buruli Ulcer

Buruli ulcer is a slow-growing, necrotising skin disease found predominantly in patients in rural areas of developing countries, particularly in Western Africa. It can cover >15% of a patient's body and cause permanent disability. It is caused by the microbial pathogen Mycobacterium ulcerans which secretes mycolactone A/B, the sole cytopathic toxin known to date. Importantly, no acute inflammatory response is mediated to the infection and this has been found to be partly due to the immunosuppressive activity of mycolactone A/B. Our ongoing mechanistic studies involve the synthesis of mycolactone A/B probe molecules.

We are also investigating improved methods for the isolation and purification of mycolactone A/B and mycolactone F (a fatty acid chain analogue) from cultures of M. ulcerans and M. marinum (a fish pathogen), respectively.

Fuel cells that use proton exchange membranes as their electrolyte are well established but the alternative, employing alkaline anion exchange membranes (AAEMs), offer advantages including the use of cheaper, non-platinum metals as the electrocatalysts (anode and cathode). The same is true for electrolysers (figure right) which can be used to generate hydrogen from water or convert CO2 into useful chemicals (we are part of the SelectCO2 EU consortium). We aim to overcome the two main disadvantages that AAEMs have compared to proton exchange membranes: 1. the lower conductivity of hydroxide ions and, 2. chemical instabilities of the membranes in the presence of hydroxide. To this end, we design and synthesise small organic molecules for radiation grafting into membranes and conversion into cationic head groups. This provides novel AAEMs with improved properties.

This work has been, and is supported by the following grants:

Any funded PhD studentships that become available will be advertised on the University of Surrey Chemistry PhD website. Applications from self-funded or overseas government-funded students are welcome. Please email Daniel Whelligan in the first instance.

All organic synthesis is carried out in the recently refurbished Joseph Kenyon laboratory containing 24 state-of-the-art double fume cupboards, spectroscopy suite and cold room. The lab was shortlisted for the 'Safe, Successful and Sustainable Laboratory Award 2014' and is equipped with all necessary equipment for normal and air-sensitive organic chemistry.

Additionally, charge controlled nanoprecipitation of homotelechelic carboxyl terminated PCLs in a range of alkaline pH buffered solutions was performed according to a literature procedure. The lowest diameter particles were observed to form when precipitation was performed in a pH 9 aqueous phase (14 ± 1 nm), as determined by dynamic light scattering (DLS).
Overall, synthesis of PHPMA-b-PCL-b-PHPMA block copolymer at higher molecular weight and lower dispersity than previously reported materials from a homotelechelic dithiobenzoate macro-CTA was achieved. Furthermore, three novel PHPMA-star-(hb-(PHPMA-co-PAPMA)) copolymers were synthesised and the branching parameters of the hydrophobic core characterised by 1H NMR spectroscopy. Preliminary work into developing a scalable synthetic procedure for producing PCL nanoparticles was undertaken. Under optimal conditions PCL-oTHPA nanoparticles were produced with a number-average particle diameter of 14 ± 1 nm (error is ± 1 S.D.).

Mas Claret Eduard, Al Yahyaei Balqees, Chu Shuyu, Elliott Ruan M., Imperato Manuel, Lopez Arnaud, Meira Lisiane B., Howlin Brendan J., Whelligan Daniel K. (2020) An aza-nucleoside, fragment-like inhibitor of the DNA repair enzyme alkyladenine glycosylase (AAG),Bioorganic & Medicinal Chemistry 28 (11) 115507 Elsevier
DOI: 10.1016/j.bmc.2020.115507
The DNA repair enzyme AAG has been shown in mice to promote tissue necrosis in response to ischaemic reperfusion or treatment with alkylating agents. A chemical probe inhibitor is required for investigations of the biological mechanism causing this phenomenon and as a lead for drugs that are potentially protective against tissue damage from organ failure and transplantation, and alkylative chemotherapy. Herein, we describe the rationale behind the choice of arylmethylpyrrolidines as appropriate aza-nucleoside mimics for an inhibitor followed by their synthesis and the first use of a microplate-based assay for quantification of their inhibition of AAG. We finally report the discovery of an imidazol-4-ylmethylpyrrolidine as a fragment-sized, weak inhibitor of AAG.
Gérard Samuel F., Hall Belinda S., Zaki Afroditi M., Corfield Katherine A., Mayerhofer Peter U., Costa Catia, Whelligan Daniel K., Biggin Philip C., Simmonds Rachel E., Higgins Matthew K. (2020) Structure of the Inhibited State of the Sec Translocon,Molecular Cell 79 (3) pp. 406-415 Cell Press
DOI: 10.1016/j.molcel.2020.06.013
Protein secretion in eukaryotes and prokaryotes involves a universally conserved protein translocation chan-nel formed by the Sec61 complex. Unrelated small-molecule natural products and synthetic compoundsinhibit Sec61 with differential effects for different substrates or for Sec61 from different organisms, makingthis a promising target for therapeutic intervention. To understand the mode of inhibition and provide insightinto the molecular mechanism of this dynamic translocon, we determined the structure of mammalian Sec61inhibited by theMycobacterium ulceransexotoxin mycolactone via electron cryo-microscopy. Unexpect-edly, the conformation of inhibited Sec61 is optimal for substrate engagement, with mycolactone wedgingopen the cytosolic side of the lateral gate. The inability of mycolactone-inhibited Sec61 to effectively trans-port substrate proteins implies that signal peptides and transmembrane domains pass through the site occu-pied by mycolactone. This provides a foundation for understanding the molecular mechanism of Sec61 inhib-itors and reveals novel features of translocon function and dynamics.