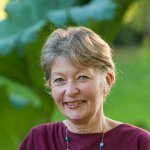 After obtaining my BSc in Biology at the University of York, I worked in the Dept of Child Health, University of Manchester based at The Royal Manchester Children's Hospital, where I obtained my MPhil. I then moved to the University of Oxford where I studied for a PhD on the action of the enzyme lipoprotein lipase with Prof Keith Frayn.

I set up a mass spectrometry lab at OCDEM (University of Oxford) in 2003 which enabled me to collaborate widely, using stable isotopes as tracers of metabolism. This included Cambridge in the UK (MRC CORD) and in Europe through a 'Framework 6' collaboration (HEPADIP).