At a "Celebrating Excellence in Law Teaching" conference hosted by Oxford University Press (OUP), the University of Surrey's Nick Clapham was named Law Teacher of the Year 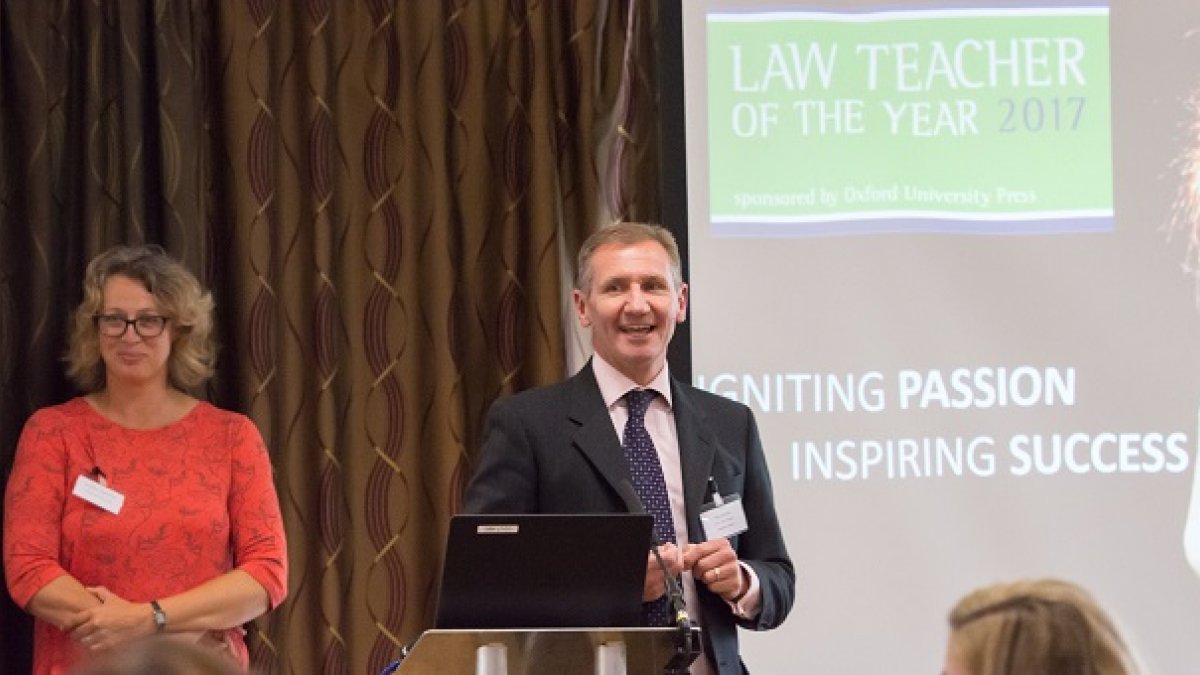 At a "Celebrating Excellence in Law Teaching" conference hosted by Oxford University Press (OUP), the University of Surrey's Nick Clapham was named Law Teacher of the Year 2017.

After the judges had spoken about each of the six finalists, Professor Lisa Webley, the outgoing Law Teacher of the Year, announced Nick Clapham the winner. Mr Clapham accepted the national law teaching award sponsored by OUP, and the £3,000 cheque, in front of over 80 law academics.

He said: "I am delighted and humbled to receive this prestigious award for my work at the University of Surrey. It is made even more special as OUP’s judging process means that it can only be achieved with the support of colleagues and, most importantly, students.

"I now look forward to the coming academic year with even greater enthusiasm for what a colleague at today’s conference rightly said was 'one of the best jobs in the world'".

The announcement came at the end of a rigorous and demanding judging process spanning several months. All six finalists were assessed through campus visits involving the observation and filming of a teaching session, interviews with the candidates, their students and heads of departments.

OUP hosted the second Celebrating Excellence in Law Teaching conference at University of Warwick to act as a platform to showcase and celebrate teaching excellence, with the Law Teacher of the Year finalists at the heart of the event.