Researchers develop wearable ways to “be your own battery” 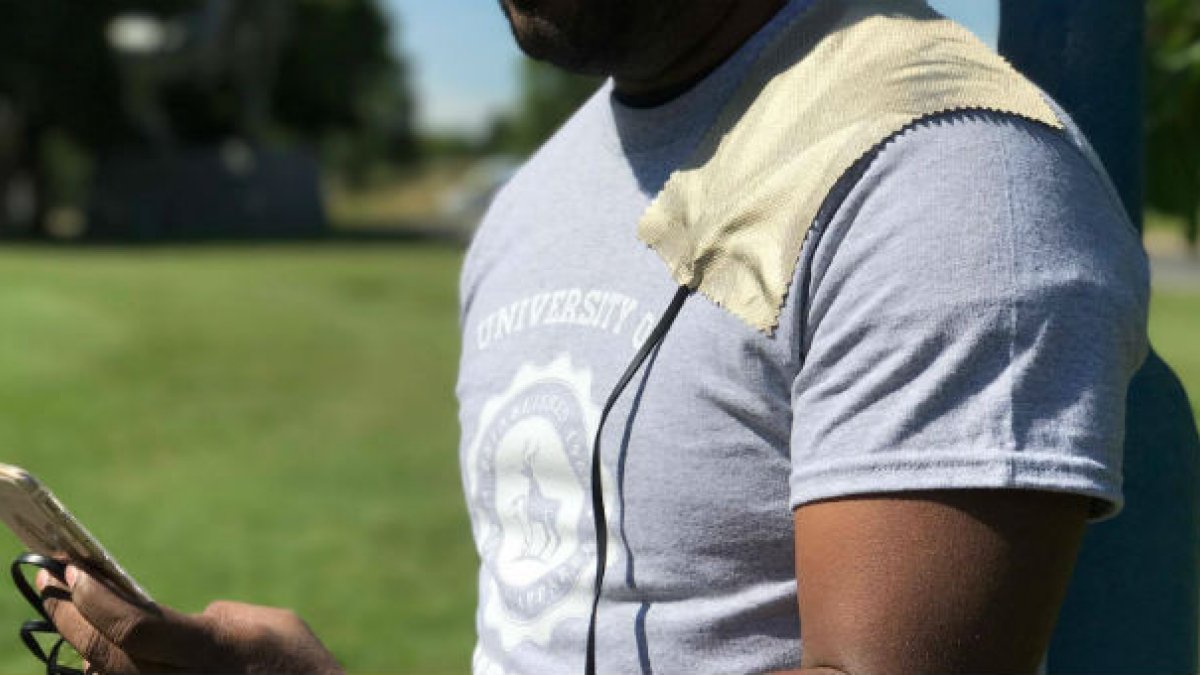 When someone wears a TENG while walking or running, it harvests the mechanical energy from the movement and converts it into electricity. This can then be stored in batteries or supercapacitors, and used to charge mobile phones or power medical devices such as fitbits.

The University of Surrey group of researchers have introduced a new model of the original TENG concept, which was originally invented by Professor Zhong Lin Wang at Georgia Tech. A new study conducted at the Advanced Technology Institute (ATI) has unravelled the science behind the TENGs and uncovered many new features by producing a new model of the devices, supported by experimental observations.

The researchers’ new model has improved sensors and energy generating devices which can be made into wearable applications, such as sewn into a T-shirt like a patch, or attached inside a pair of shoes.

TENGs could also be used in a sensor pad on a pavement that would light streetlamps by the energy created when stepped on by pedestrians, or placed inside a car tyre which would connect to the vehicle’s battery to create electricity.

University of Surrey PhD student Ishara Dharmasena, lead scientist in the project, said: “TENGs provide the wearer with a self-powered system so they can generate their own power for their energy needs, just with everyday movements, in a cost-effective way. We’re very pleased that our research has laid a platform for developing highly efficient TENGs.”

Professor Ravi Silva, director of the ATI and the principal supervisor of this project, said: “Wearable TENGs can be made from natural fabrics, such as cotton or wool, so the idea is carbon-friendly and a “renewable” technology, and could be used for years.

“We’re looking forward to creating systems to generate power that have the advantages of being portable, autonomous and self-powered.”

This research is expected to benefit people worldwide in areas of wearable and portable electronics, information and communication, medical applications, and industrial sectors.

TENGs should be available in shops within the next few years; in the near future, they should be able to be used to harness wind and wave energy to help provide power to the nation’s main grid for industrial and household use.

This research was published in “Energy & Environmental Science” at: http://pubs.rsc.org/en/content/articlehtml/2017/ee/c7ee01139c