The Eagle has landed in the Guildford Roll of Honour

The University of Surrey and Guildford Borough Council have announced pioneering broadcaster, Peter Gordon, as the 2018 inductee to the Guildford Roll of Honour. 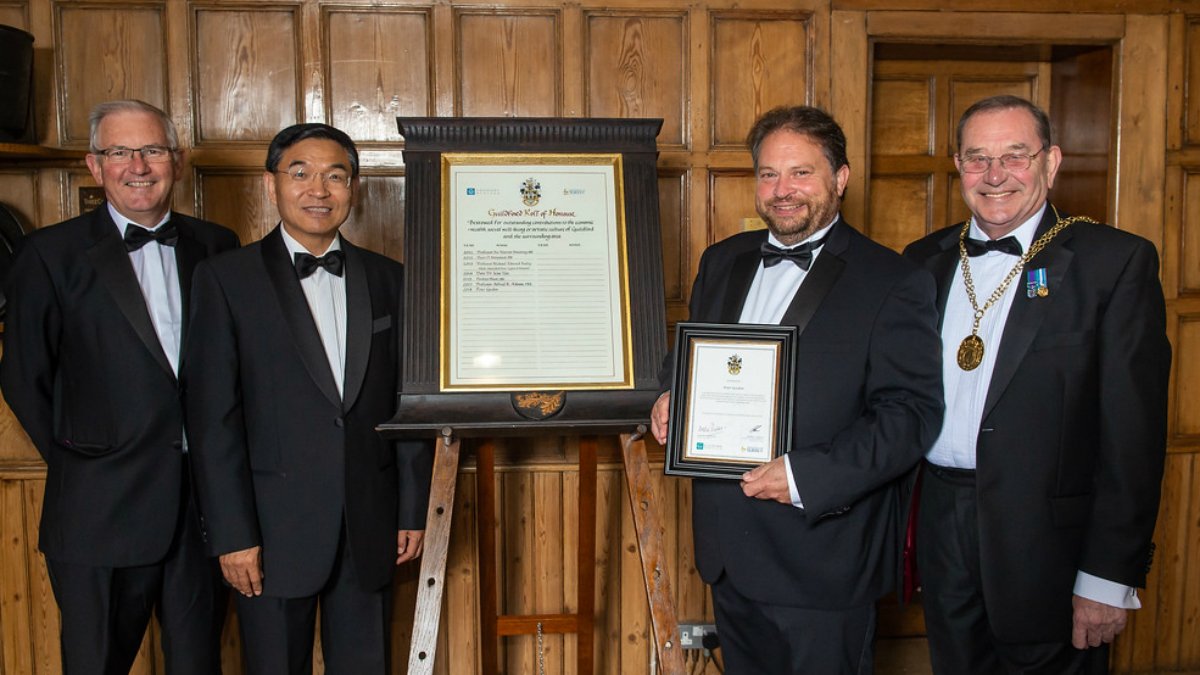 Mr Gordon, who in 1996 founded Eagle Radio – then known as 96.4 The Eagle – was honoured at the historic Guildhall on 2 October. The Eagle Radio Breakfast Show host was born in Guildford, and has worked in local radio for almost 30 years.

The Guildford Roll of Honour was created by the University and the Council in 2011 to celebrate exceptional individuals who have made a substantial impact to the economic wealth, social wellbeing or artistic culture of Guildford and the surrounding area.

Professor Max Lu, President and Vice-Chancellor of the University of Surrey, said: “The University and the Borough form a dynamic hub of internationally respected entrepreneurship and innovation. This award recognises our many outstanding citizens and showcases Guildford’s unique personality and enterprising spirit.”

“I am delighted that Peter Gordon is the newest inductee.”

Peter Gordon said: “As a Guildfordian, it is a true honour to now be part of the town’s  Roll of Honour – not least because of the esteemed company I now keep. The bonus is that I appear to be getting recognised for things that I’ve absolutely loved doing – in fact, I appear to have received an award for enjoying myself! Hopefully others may feel it’s all been worthwhile too. Thanks to the University and the Council for the recognition.”

Guests at the event were entertained by singers from the Guildford School of Acting (GSA) who performed a specially personalised jingle for Peter Gordon.