Guildford School of Acting alumnus Michael Jibson received an Olivier for Best Supporting Actor at the recent awards ceremony for his role as King George III in the hit musical Hamilton. 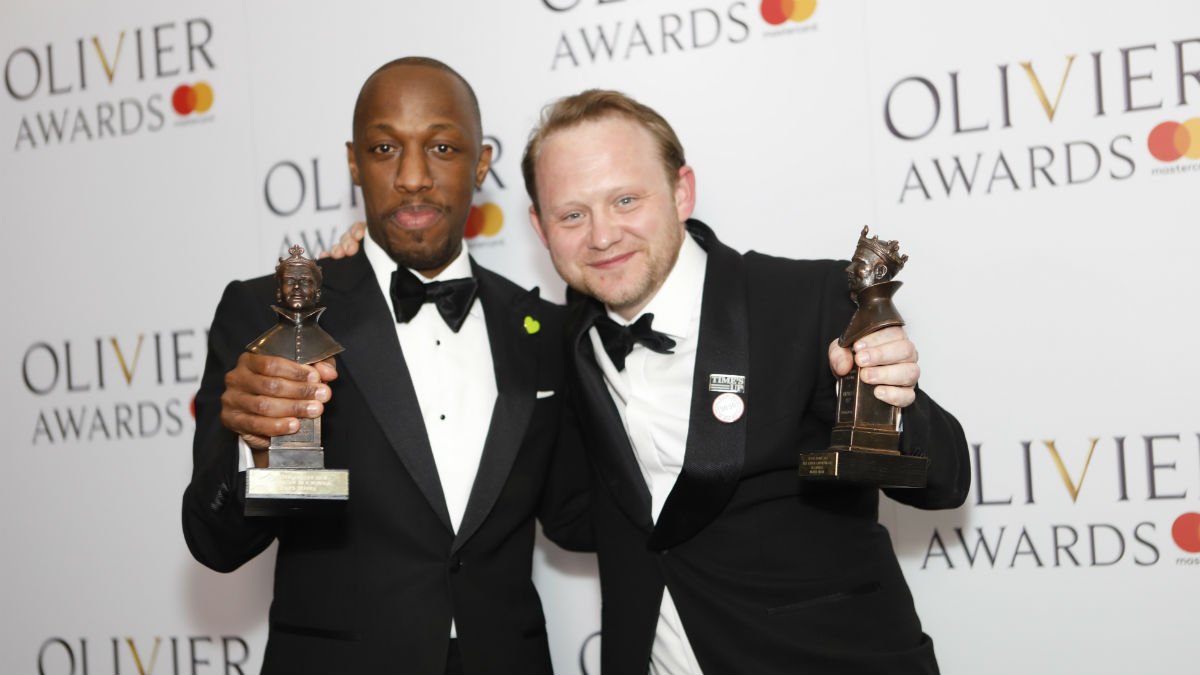 Michael has had a varied and very successful career across theatre, TV and film. He graduated in 2002 from GSA's BA Musical Theatre Course and went straight into the West End in the lead role of Joe Casey in Our House for which he was also nominated for an Olivier Award for Best Actor in a Musical. Other theatre work includes Brighton Rock (2004) and various roles in the Royal Shakespeare Company's adaptation of The Canterbury Tales in 2005-2006.

Hamilton made its London premiere back in December 2017 at the Victoria Palace Theatre and has taken the West End and Broadway by storm. From a record-breaking 13 nominations, Hamilton took home seven prizes in total on the night, the most of any show, including two performance accolades and best new musical.

Guildford School of Acting has been part of the University of Surrey since 2009 and is one of the most highly regarded theatre schools in the UK with a vibrant community of performers, performance makers, creative practitioners and technicians graduating from a wide variety of programmes each year.