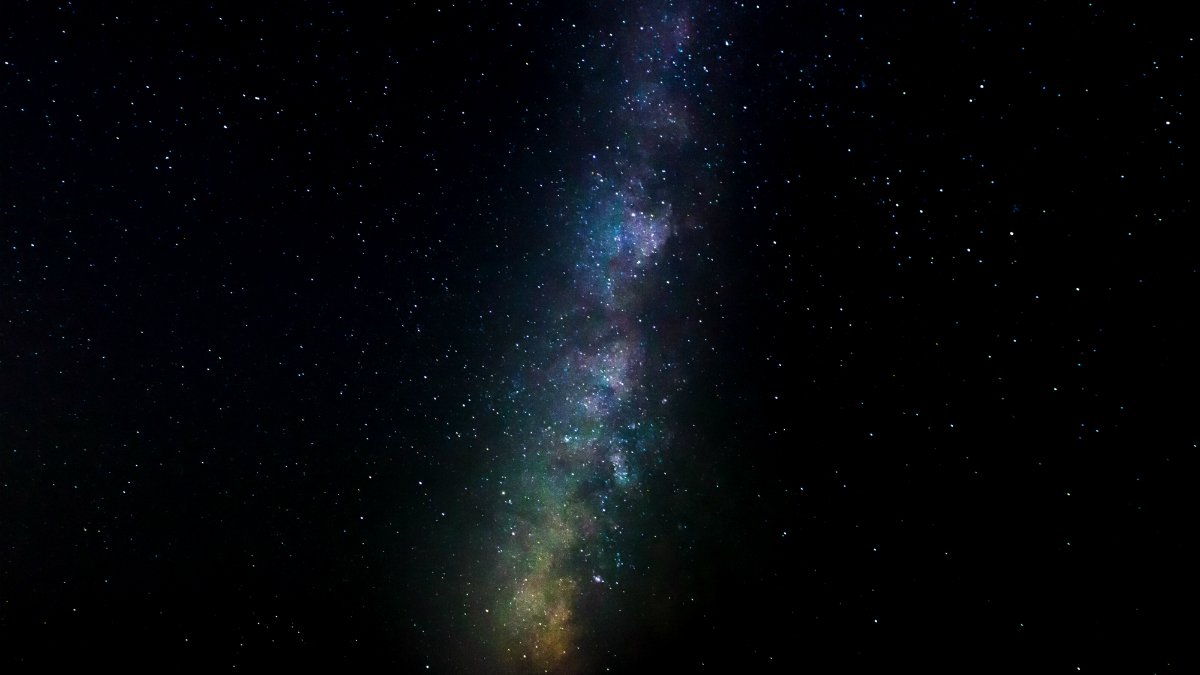 Dark matter makes up most of the mass of the Universe, yet it remains elusive. Depending on its properties, it can be densely concentrated at the centres of galaxies, or more smoothly distributed over larger scales. By comparing the distribution of dark matter in galaxies with detailed models, researchers can test or rule out different dark matter candidates.

The tightest constraints on dark matter come from the very smallest galaxies in the Universe, “dwarf galaxies”. The smallest of these contain just a few thousand or tens of thousands of stars – so-called “ultra-faint” dwarfs. Such tiny galaxies, found orbiting close to the Milky Way, are made up almost entirely of dark matter. If the distribution of dark matter in these tiny galaxies could be mapped out it could provide new and exciting information about its nature. However, being entirely devoid of gas and containing very few stars, until recently there was no viable method for making this measurement.

In a study published by the Monthly Notices of the Royal Astronomical Society (MNRAS), a team of scientists from the University of Surrey have developed a new method to calculate the inner dark matter density of dwarf galaxies, even if they have no gas and very few stars. The key to the method is to make use of one or more dense star clusters orbiting close to the centre of the dwarf.

Star clusters are gravitationally bound collections of stars that orbit inside galaxies. Unlike galaxies, star clusters are so dense that their stars gravitationally scatter from one another causing them to slowly expand. The research team made the key new insight when they realised that the rate of this expansion depends on the gravitational field that the star cluster orbits in and, therefore, on the distribution of dark matter in the host galaxy. The team used a large suite of computer simulations to show how the structure of star clusters is sensitive to whether dark matter is densely packed at the centre of galaxies, or more smoothly distributed. The team then applied their method to the recently discovered “ultra-faint” dwarf galaxy, Eridanus II, finding much less dark matter in its centre than many models would have predicted.

Dr Filippo Contenta from the University of Surrey and lead author of the study said: “We have developed a new tool to uncover the nature of dark matter and already the results are exciting. Eridanus II, one of the smallest galaxies known, has less dark matter in its centre than expected. If similar results are found for a larger sample of galaxies, this could have wide-ranging implications for the nature of dark matter.”

Professor Mark Gieles, Professor of Astrophysics at the University of Surrey and Principal Investigator of the European Research Council (ERC) project that funded the project, added: “We started this ERC project with the hope that we could use star clusters to learn about dark matter so it is very exciting that it worked.”

Professor Justin Read, a co-author on the study from the University of Surrey, added: “It is challenging to understand our results for Eridanus II if dark matter comprises a weakly interacting ‘cold’ particle — the currently-favoured model for dark matter. One possibility is that the dark matter at the very centre of Eridanus II was “heated up” by violent star formation, as suggested by some recent numerical models. More tantalising, however, is the possibility is that dark matter is more complex than we have assumed to date.”Dr Jorge Peñarrubia from the University of Edinburgh’s School of Physics and Astronomy said: “These findings lend a fascinating insight into the distribution of dark matter in the most dark matter dominated galaxies in the Universe, and there is great potential for what this new method might uncover in the future.” 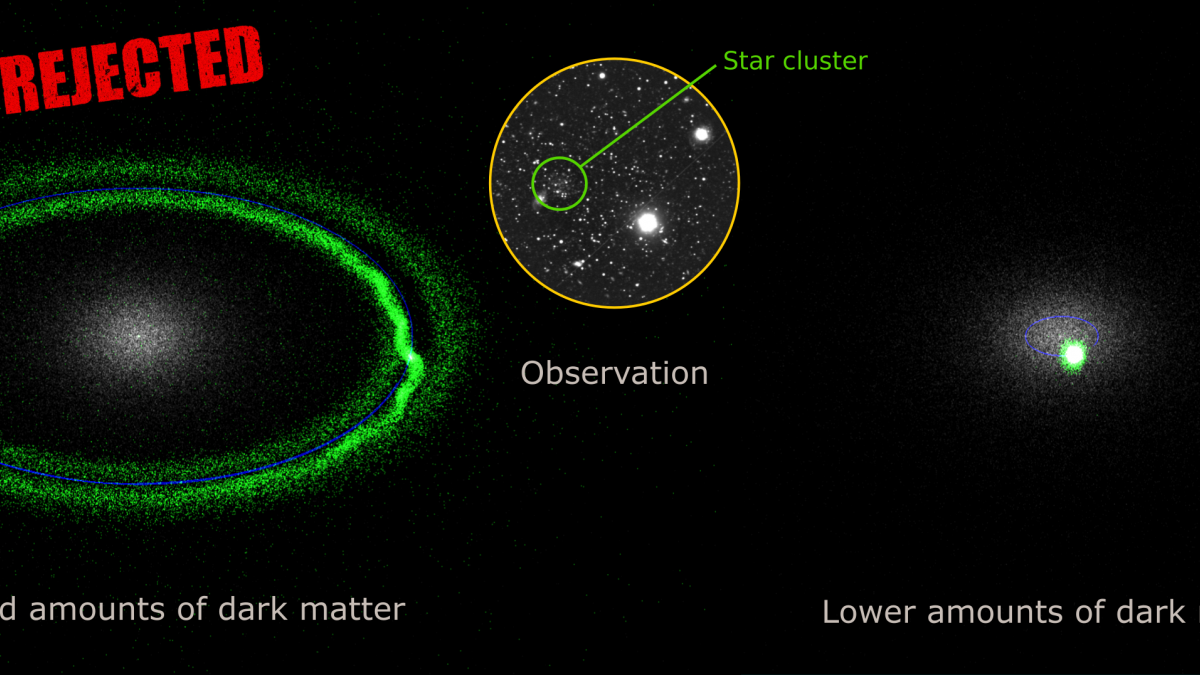 Description of image: On the left-hand side, we see the results of a computer simulation in which Eridanus II resides within a dense dark matter “halo”, as expected in the standard cosmological model. The star cluster (in green) rapidly dissolves in this model. We can, therefore, rule out this model since we see an old surviving star cluster in Eridanus II today. On the right-hand side, we see a similar computer simulation in which Eridanus II resides in a much lower density dark matter “halo”. In this model, the star cluster not only survives but it grows to a size that matches the observed star cluster in Eridanus II, marked by the green circle in the middle. Credit: Observational image taken from Crnojević et al. 2016; composite image produced by Dr Maxime Delorme (University of Surrey).

A video explaining the findings can be found here.

How to weigh a galaxy - backwards in time