Polished Prokofiev performed to a full house in PATS

The University of Surrey’s fifth Community Orchestra day on Sunday 20 October has again been a resounding success.  Over 70 musicians from across Surrey joined staff, students and alumni to rehearse for the first time together during the day, before performing to an audience of friends, family and members of the public in the evening.

The new ensemble performed a stunning rendition of Prokofiev’s Symphony No.5.Composed during World War II and described by Prokofiev himself as a symphony about the human spirit, this patriotic piece remains one of his most popular works.

The orchestra was led by Russell Keable who is celebrated for his world-class performances with the London Mozart Players, BBC Concert Orchestra, Royal Oman Symphony Orchestra and Royal Philharmonic Orchestra.

Russell said: “We’ve had a fantastic time playing a really hard symphony by Prokofiev, and everyone has done so well in the performance. We’ve been joined by music teachers, children as young as 12, and potential Surrey students who’ve travelled from far and wide to join us. It’s such a good opportunity for young musicians, or those who haven’t played for a while, to experience the camaraderie of a full orchestra.”

The free Orchestra Day public performance was held in the evening in PATS Studio 1, a state of the art facility in the Department of Music and Media, on the University of Surrey Stag Hill campus.

The next University of Surrey Orchestra Day will be held  on the 2nd February 2020. Any musicians wishing to participate have a ABRSM grade 7 and above (or with similar experience without the equivalent grading) for this piece. Anyone who would like to play in the Orchestra should email orchestra@surrey.ac.uk confirming their instrument and grading to book their place. 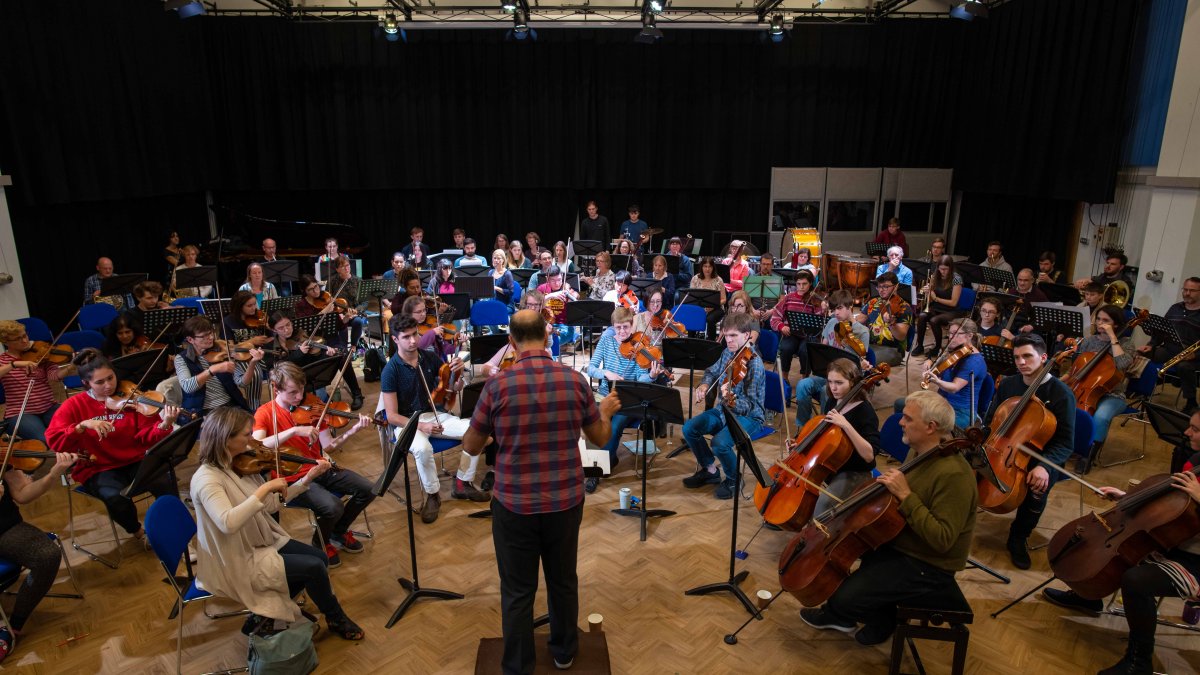