The Surrey Centre for Law and Philosophy (SCLP) at the University of Surrey, School of Law is delighted to announce the appointment of Professor Giovanni Sartor as Visiting Professor of Law and Artificial Intelligence, starting Sept 1 2020. This is a three-year honorary appointment.

Professor Sartor is one of the world's leading researchers in the area of law and artificial intelligence, and has been a key figure in the field since the early 1990s, working both on technical aspects of AI and on related ethical and legal/political issues. He is currently Professor of Computers and Law at the University of Bologna and (part-time) Professor of Legal Informatics and Legal Theory at the European University Institute in Florence. He is the author of more than 150 publications in legal philosophy, computational logic, legislation technique, and computer law. He has also authored reports on AI and law for the European Parliament. He is currently leading a five-year ERC Advanced Grant project on law and computability (COMPULAW).

Prior to his current appointments, Professor Sartor has held the chair in Jurisprudence at Queen’s University, Belfast and been Marie-Curie professor at the European University Institute in Florence. He has also been President of the International Association for Artificial Intelligence and Law, and is currently co-director of the journal Artificial Intelligence and Law (Springer)

With Professor Sartor's appointment, the University of Surrey further strengthens its commitment to research in the area of artificial intelligence, both technical and policy-oriented. In particular, his unique profile and world-leading reputation will make a welcome addition to existing strengths and interests of the Surrey Centre for Law and Philosophy, one of the largest research centres of its kind, world-wide. 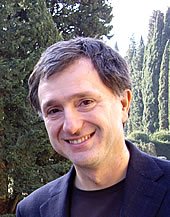