The Director of the University of Surrey’s Advanced Technology Institute (ATI) has been awarded the prestigious James Joule Medal and Prize by the Institute of Physics. 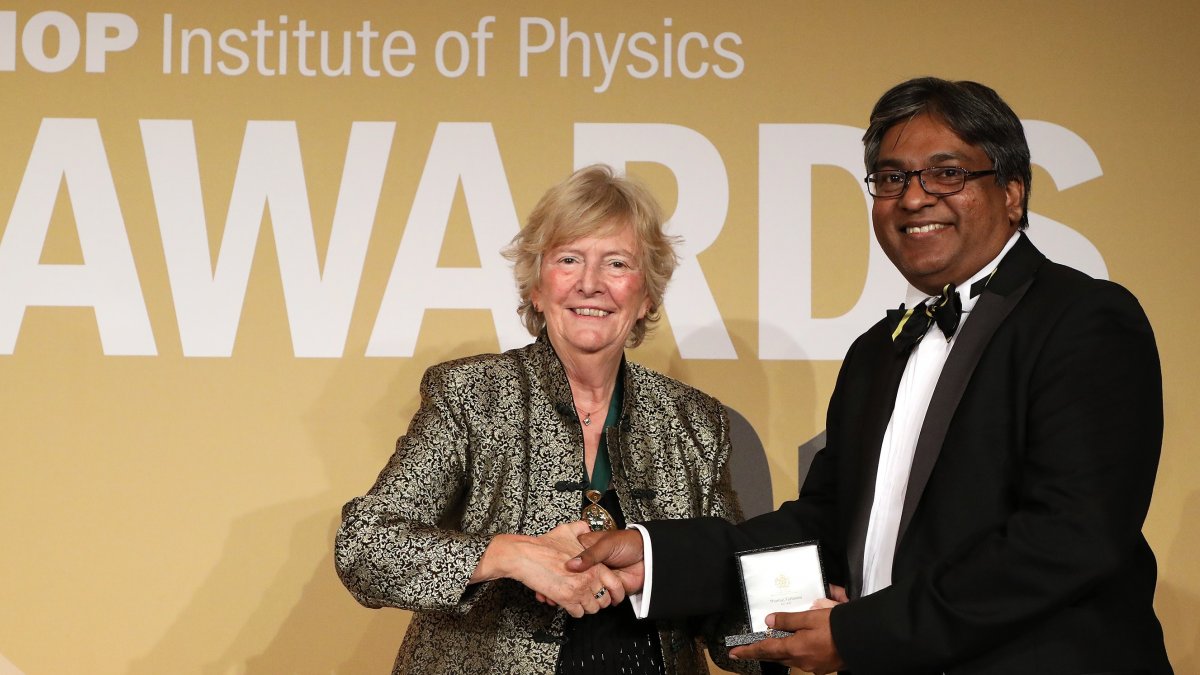 Professor Ravi Silva has been given the highly sought-after award for his “distinguished contributions to the development of carbon nanomaterials for use in cross-disciplinary advanced technology applications relevant to materials, optoelectronics and sustainable energy.”

Professor Silva was presented with the James Joule Medal and Prize by Professor Dame Julia Higgins, President of the IoP, at an IoP Awards dinner on 20 November.

Professor Silva has worked on nano-carbon materials for over 25 years and led the ATI since 2005, contributing to the enhanced understanding and production of nanomaterials. He has produced more than 550 journal papers and has delivered 600 presentations at international conferences. His research has been cited more than 17,000 times.

Professor Silva said: “This is an incredibly proud and humbling moment for me. I want to thank my colleagues at the University of Surrey, the many wonderful students and postdoctoral scientists I have had the pleasure to work with, and my family for the support they have shown me over the years.”

First established in 2008, the prize was named after James Prescott Joule, a physicist and brewer whose work led to the development of the first law of thermodynamics.