Researchers at the University of Surrey believe their tin based perovskite solar cell could clear the runway for solar panel technology to take off and help the UK reach its 2050 carbon neutral goal. 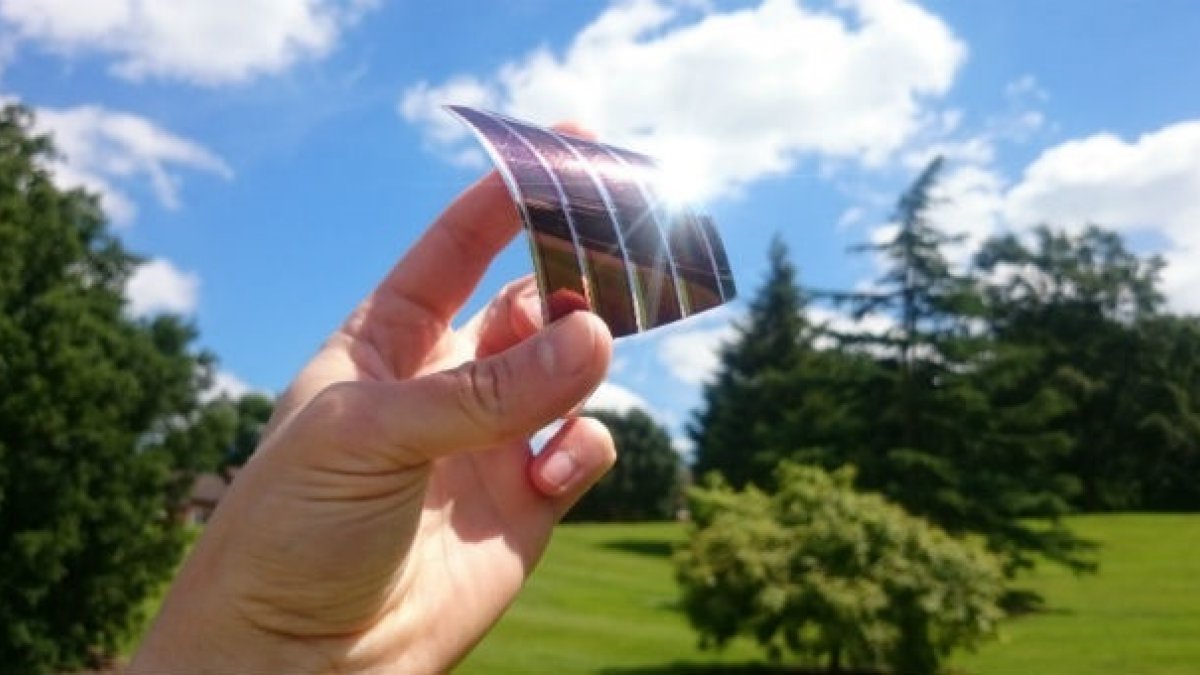 As countries look to get to grips with climate change, solar cell technology is rapidly growing in popularity as an environmentally friendly energy alternative. Most commercial solar panels use silicon as the light absorber, which makes the panels rigid, heavy and costly.

Perovskites – a relatively new class of materials – are cheap and have proven to be more efficient at absorbing light than silicon. Unlike silicon, perovskites can be fabricated using solution processable “inks” that allow production of efficient, thin (semi-transparent) and flexible solar panels using low cost materials, while also allowing cell fabrication through roll-to-roll printing. This technology allows for a wide variety of affordable solar panel options, from on-wall panels to window panes. Despite the excellent performances of perovskites solar cells, they do contain toxic lead as an ingredient – which has led environmentally conscious scientists to explore ways of reducing toxicity in the technology while maintaining their high efficiency.

In a study published by the Journal of Materials Chemistry, researchers from Surrey’s Advanced Technology Institute (ATI) detail how they have produced a solar cell which contains 50 percent less lead with the more innocuous tin. By fine tuning their tin solar cell, researchers were able to create a product that is able to absorb infrared light in a similar manner as silicon cells. Researchers also found that by stacking lead-only cells with the ones mixed with tin can lead to power conversion results that outperform those of silicon-only power cells.

Indrachapa Bandara, lead author of the study and PhD student at ATI, said: “We are starting to see that many countries are treating the threat of climate change with the seriousness it deserves. If we are to get a handle on the problem and put the health of our planet on the right track, we need high-performing renewable energy solutions.

“Our study has shown that tin based perovskite solar cells have an incredible amount of potential and could help countries such as the United Kingdom reach its target of becoming carbon neutral by 2050.”

Director of the ATI at the University of Surrey and corresponding author Professor Ravi Silva said: “Using solar panels will ultimately allow each of us to contribute to not just solving the energy crisis, but hugely reducing the impact of fossil fuels on climate change. Tin-based perovskite photovoltaics is an upcoming technology that promises major improvements to environmentally friendly and efficient solar panels at a low cost. Our new findings point researchers in the field to gaining higher efficiencies while reducing the toxic impact of the absorber materials.”