Tonmeister coordinates ‘The Virtual Evensong’ for the Rodolfus Foundation

Alex joined The Rodolfus Choir in 2016 and is currently on a placement training year at Chandos Records. Ralph Allwood, the musical director of The Rodolfus Foundation - a charity dedicated to helping young singers - initially approached Alex to help them produce a single piece of music, having seen Alex in action during rehearsals for their recent New Year’s concert. The idea soon turned into an extensive project, with Ralph’s large network of cathedral organists, musical directors and singers spreading the word quickly around their communities.

The Virtual Evensong premiered on 19 May 2020 with contributions from Stephen Fry, Alexander Armstrong and Reverend Richard Coles. The live stream was watched by just under 4,000 people and the video has since had almost 35k views on YouTube.

Alex spent days producing The Virtual Evensong for free from his living room. Calling on the help of a friend, Matt Norriss, to do the video editing, they spent many hours on Zoom calls where they produced the videos via screen share and annotations. Alex explains: “At one point towards the end of the project, we pulled an all-nighter to finish every aspect of the final video off, and we were on the phone non-stop for nearly 27 hours.”

Due to the Covid-19 pandemic, The Rodolfus Foundation are not able to run their annual choral courses so have lost a huge portion of their income. The Virtual Evensong was made in association with Friends of Cathedral Music who are raising money for the Cathedral Choirs' Emergency Fund. They’ve helped to raise nearly £13,000 through public and private donations to help The Rodolfus Foundation, and an additional £9,000 to help the Cathedral Choirs' Emergency Fund, which is now just over £800,000 off its £1m target.

Alex says: “The whole thing has been a huge learning curve for me and I had to take on a lot of inter-personal skills when I was put in touch with the likes of Stephen Fry and the Reverend Richard Coles, as well as the hundreds of people taking part. I didn't know how large this would become but it's been an absolute pleasure working to unite so many people.”

Dr. Russell Mason, Programme Director for the Tonmeister course, says: “The scale of the work that Alex has undertaken for this is so impressive. To co-ordinate nearly 1000 submissions takes a great deal of organisation and is a great demonstration of what’s possible using the musical, technical and practical skills that students gain from the Tonmeister course at Surrey.”

Alex has since been recognised in a glowing review in The Telegraph by classical music critic, Ivan Hewett. Watch The Virtual Evensong in full here:

What is the Tonmeister course?

The literal translation of the German word ‘Tonmeister’ is ‘sound master’. The University of Surrey’s Music and Sound Recording (Tonmeister®) course is both prestigious and unique in the UK. It blends rigorous musical study, advanced investigation of audio engineering and mastery of sound-recording operation and practice.

The degree is aimed at exceptional students who are primarily interested in engineering and music and who are pursuing a career in any area of the professional audio industry.

The University of Surrey is one of the UK’s leading universities for music, with courses ranked second by the Guardian University Guide 2020. The Tonmeister course achieved 100 per cent overall satisfaction in the National Student Survey 2019. 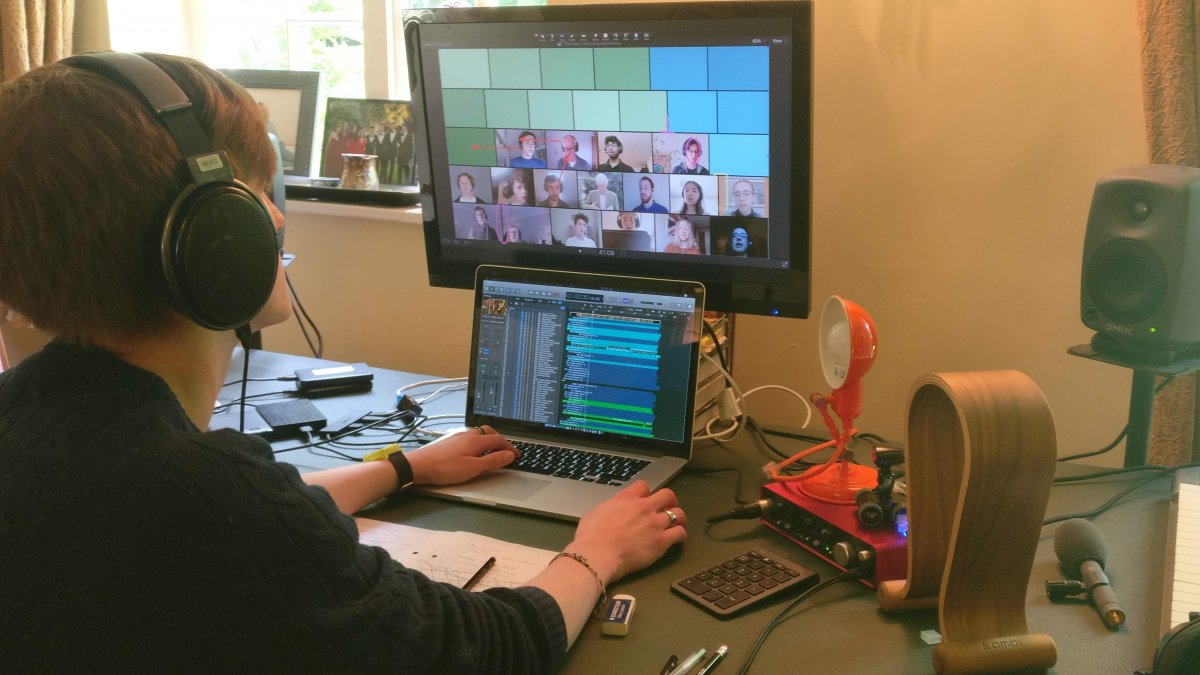