On Friday 22 March 2019, students from across the University of Surrey’s Department of Music and Media came together to deliver their most ambitious project yet - ‘Live from Studio 1’. The evening of live music was housed for the second time in the newly refurbished PATS Studio 1, and featured sounds from student bands and artists across genres from jazz to grunge, pop and rock, to experimental electronic.

Organised entirely by students in association with STAG TV, and produced by students from the Music BMus programme, ten bands and artists comprised of Music students, Music and Sound Recording (Tonmeister) and the Creative Music Technology course, performed to a live, student audience.

In previous years, the event had been streamed, but for 2018-19, Film and Video Production Technology students designed a live programme to mimic a broadcast event such as Glastonbury, complete with live music interspersed with artist interviews and commentary.

Alan Haigh, Programme Director for the University’s Film and Video Production Technology course, said: “The processes involved in planning an event like this requires excellent coordination and communication between all the different teams. This event aims to nurture real skills which can be transposed to future careers in film and television production.”

Teams of Tonmeister students were responsible for the various live sound and broadcast mixes, which were fed back to the TV studio via new fibre optic links. Film and Video Production Technology students took on the responsibility for all video content across 11 individual live cameras.

Professor Tony Myatt, Head of the Department of Music and Media, said: ”’Live from Studio 1’ showcased the rich student experience we nurture at Surrey. This was an event which students arranged and executed in their own time because of their passion for music. We are fortunate to have the technical resources to facilitate such an ambitious project.2

The event was broadcast simultaneously on Facebook Live and YouTube by Surrey’s Film and Video Production Technology students through Stag TV, reaching an additional online audience of over 2,000 people.

Read more about the range of music and media courses available at Surrey. 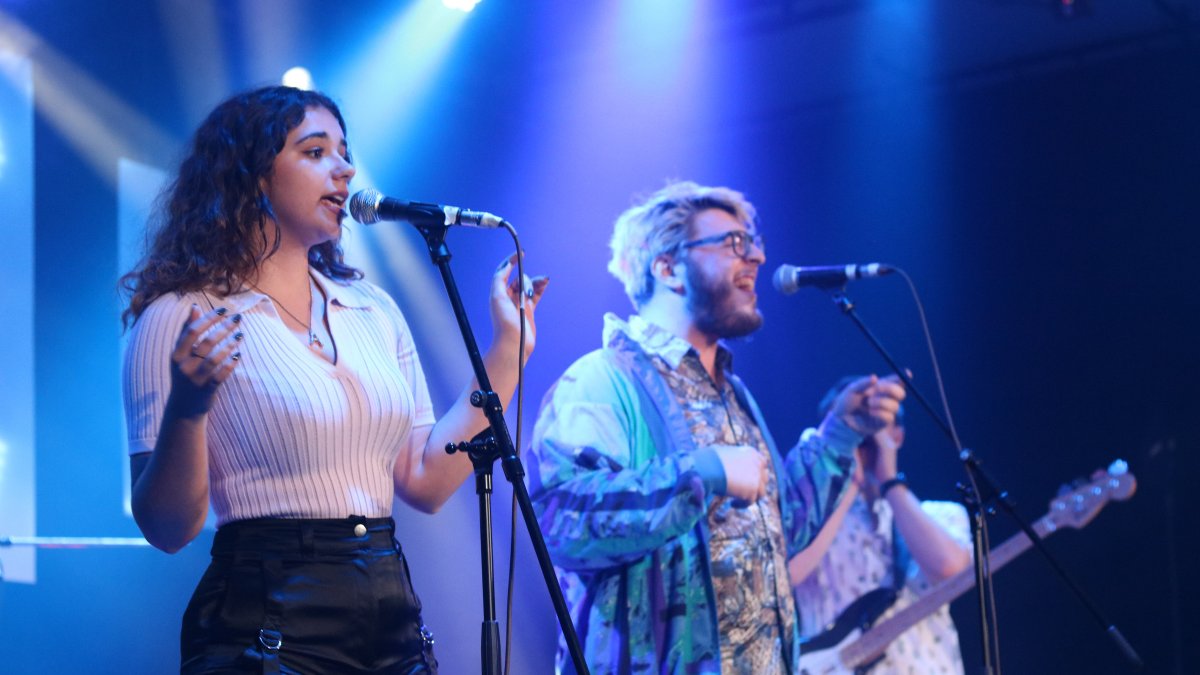