What a summer of sporting talent coming out of Surrey Business School! Business Management graduates Harry Glenister and Ollie Vass have come away with medals from their respective world championships in rowing and target sprint (running and shooting), both representing GB. 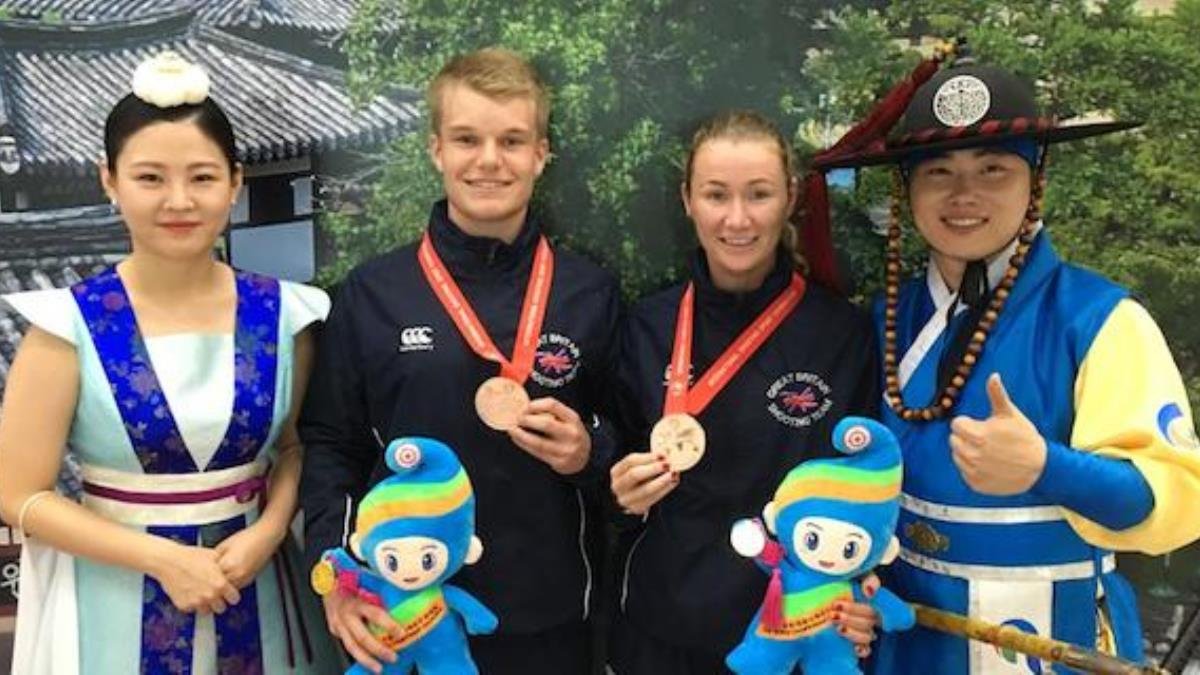 Ollie Vass and Rachel McManus with their bronze medals

Harry, who rows for the Leander Club, took gold at the 2018 World University Rowing Championships in Shanghai in the men’s pairs with Sholto Carnegie, and now has his sights set firmly on the 2020 Tokyo Olympics.

He said: “A medal at the Olympics is the dream — that’s been the aim for the whole of my rowing career. If you believe you’re good enough, you should go and take it.”

Harry, who rowed for the University boat club during his time at Surrey, also made history last year when he became the first person to win all three quadruples scull events at Henley Regatta aged just 22.

Ollie was ecstatic to win a bronze medal in the mixed pairs at the International Shooting Sport Federation (ISSF) World Championships in South Korea. Ollie, who was teamed with Rachel McManus, said it was the toughest race of his career.

Also Britain's top-ranked senior man, Olllie said:  “’I’ve trained for two years for this and for both of us it’s a dream come true. We knew it was going to be a tough, tough race; it was the hardest race of my life but we got what we came here to achieve.

"It’s a fantastic result for us.”

Target Sprint is a sport which combines running and shooting. The event consists of running 3 x 400m, interspersed with two lots of shooting (2 x 5 knockdown targets at 10m using an air rifle).

We featured Ollie’s bid to get to South Korea in the last Forever Surrey e-news and were thrilled to hear of his success.

And one of our current Mechanical Engineering students, George Stewart, also had a great World Rowing Championships – he won gold in the men’s eight.