Astrophysicists at the University of Surrey and the Instituto de Astrofísica de Andalucía have identified a speck in the sky found by an amateur astronomer as a ground-breaking new dwarf galaxy called Pisces VII/ Tri III. 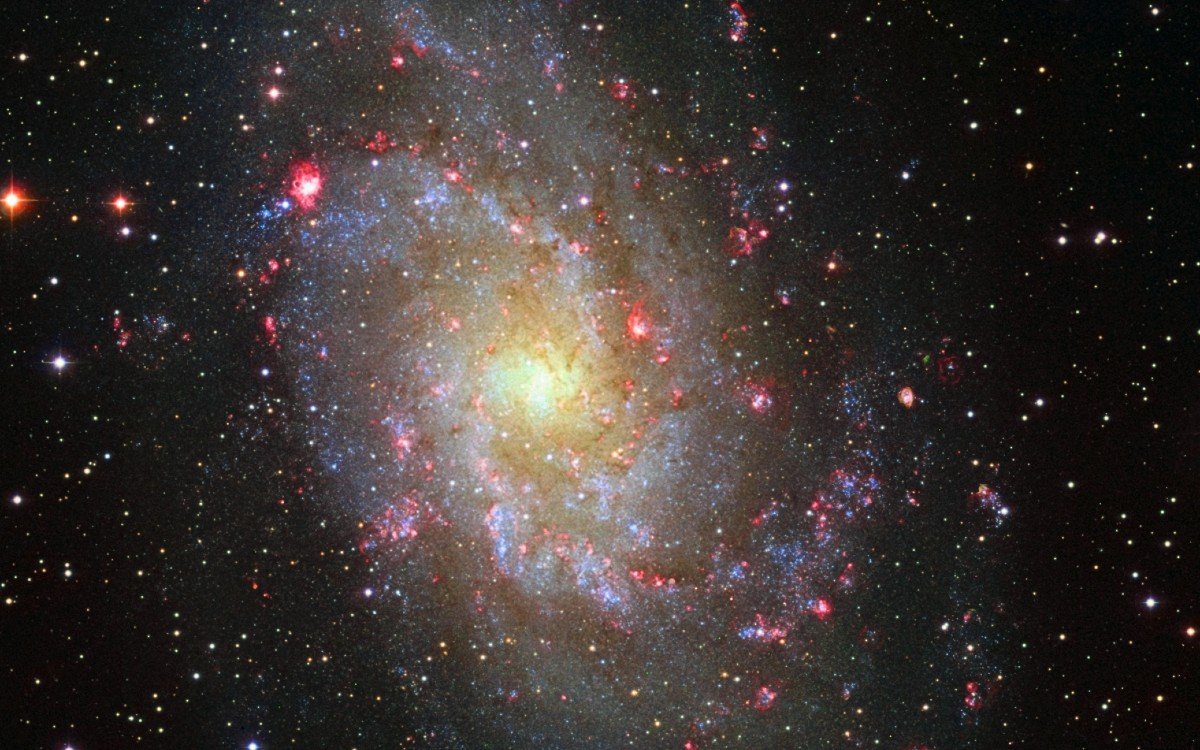 The newly discovered dwarf galaxy may be a satellite of the Triangulum galaxy, which would reassure experts that their theories around how galaxies are formed are correct

Enthusiast Giuseppe Donatiello spotted the galaxy while scrutinising publicly available data and his finding was investigated by professional astrophysicists, led by Dr. David Martinez-Delgado from the Instituto de Astrofisica de Andalucia, who used deeper images taken with the Telescopio Nazionale Galileo. By processing the data and performing photometric calibration, they confirmed the finding is a new dwarf galaxy, but they need further images from even more powerful telescopes to confirm its precise location and significance.

Their analysis has identified Pisces VII/ Tri III as one of two things, either of which would make it an important astrophysical discovery. The team’s calculations show it is either an isolated dwarf galaxy, or it is a satellite of the Triangulum galaxy (M33). If it is isolated, it is thought to be the faintest field galaxy ever detected. If it is a satellite of M33, it could reassure experts that their theories around how galaxies are formed are correct.

Emily Charles, a PhD student at the University of Surrey who worked on the project, said:

“Theoretical knowledge about galaxy formation means we’d expect to see many more little galaxies orbiting the Triangulum galaxy, M33. However, so far it only has one known satellite. If this newly identified galaxy does belong to M33, it might imply that there are many more that haven’t been uncovered yet as they are too faint to show up in previous surveys of the system. M33 currently challenges astrophysicists’ assumptions, but this new finding starts reassuring us that our theories are correct.”

In order to confirm whether Pisces VII/ Tri III is isolated or an M33 satellite, the team needs to accurately measure the distance to the galaxy and see how it is moving compared to M33. Both require further imaging using other telescopes.

“Deep imaging from Hubble would allow us to reach fainter stars which act as more robust distance estimators, as they have a standard brightness. To confirm the new galaxy’s movement, we need imaging from an 8m or 10m telescope, like Keck or Gemini.”

A paper explaining their work and how they came to their conclusions is published in the peer-reviewed journal, Monthly Notices of the Royal Astronomical Society (MNRAS). Next the team will apply for access to other telescopes in order to continue their analysis.