A breakthrough study has confirmed a 50-year-old theory and could boost the development of silicon-based quantum computers. 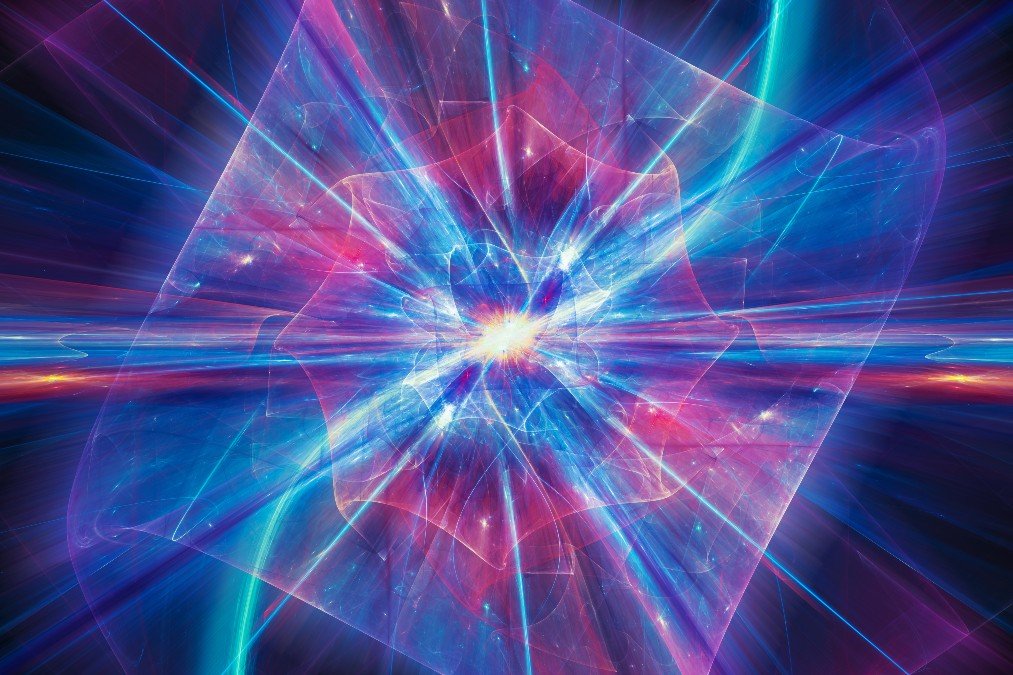 In the first study of its kind, published by Nature Communications, an international team of researchers led by the University of Surrey has proven the existence of the fabled multi-photon Fano effect in an experiment.

Ionisation is when electrons absorb photons to gain enough energy to escape the nucleus' electrical force. Einstein explained in his Nobel Prize-winning theory of the photoelectric effect that there is a threshold for the photon energy required to cause an escape. If a single photon's energy is not enough, there might be a convenient half-way step: ionisation can occur with two photons starting from the lowest energy state.

However, according to the counter-intuitive world of quantum theory, the existence of this half-way step is not necessary for an electron to break free. All the electron needs to do is gain enough power from multiple photons which can be achieved through "ghostly" so-called virtual states. This multi-photon absorption only happens in extremely intense conditions where there are enough photons available.

When there is a half-way step and enough photons around, both options are available for ionisation. However, the wave-like nature of atoms presents another obstacle: interference. Altering photon energy can cause the two different waves to crash into one another, leading either to enhancement or to complete annihilation of their effect on the absorption event.

This Fano effect was theoretically predicted nearly 50 years ago and has remained elusive for decades because of the high intensity needed; manufacturing a stable laser that produced a large enough electrical field required to implement this effect to isolated atoms was not – and still is not – technically possible.

The team led by the University of Surrey overcame this complication by using impurity atoms where, due to the influence of the semiconductor host material, the electric field that determines the outer electron orbits is significantly reduced and, consequently, much less laser intensity is required to demonstrate the Fano effect. The team used ordinary computer chips that contain phosphorous atoms embedded in a silicon crystal.

The team then used powerful laser beams at the free-electron laser facility (FELIX) in Radboud University, Holland, to ionise phosphorus atoms. The outcome of ionisation was estimated by the absorption of a weak beam of light. By sweeping the laser radiation photon's energy, the authors observed the Fano line shape's different skewness.

Dr Konstantin Litvinenko, co-author and Research Fellow at the University of Surrey, said: "We believe we have taken a very important step towards the implementation of novel and promising applications of ultrafast readout of silicon-based quantum computers; selective isotope-specific ionization; and a variety of new atomic and molecular physics spectroscopies.”