An extensive field study into air quality along a road lined with buildings has confirmed that hedges can help mitigate traffic-related pollution up to 1.7m, reducing the pollutants breathed by pedestrians, young children and cyclists. 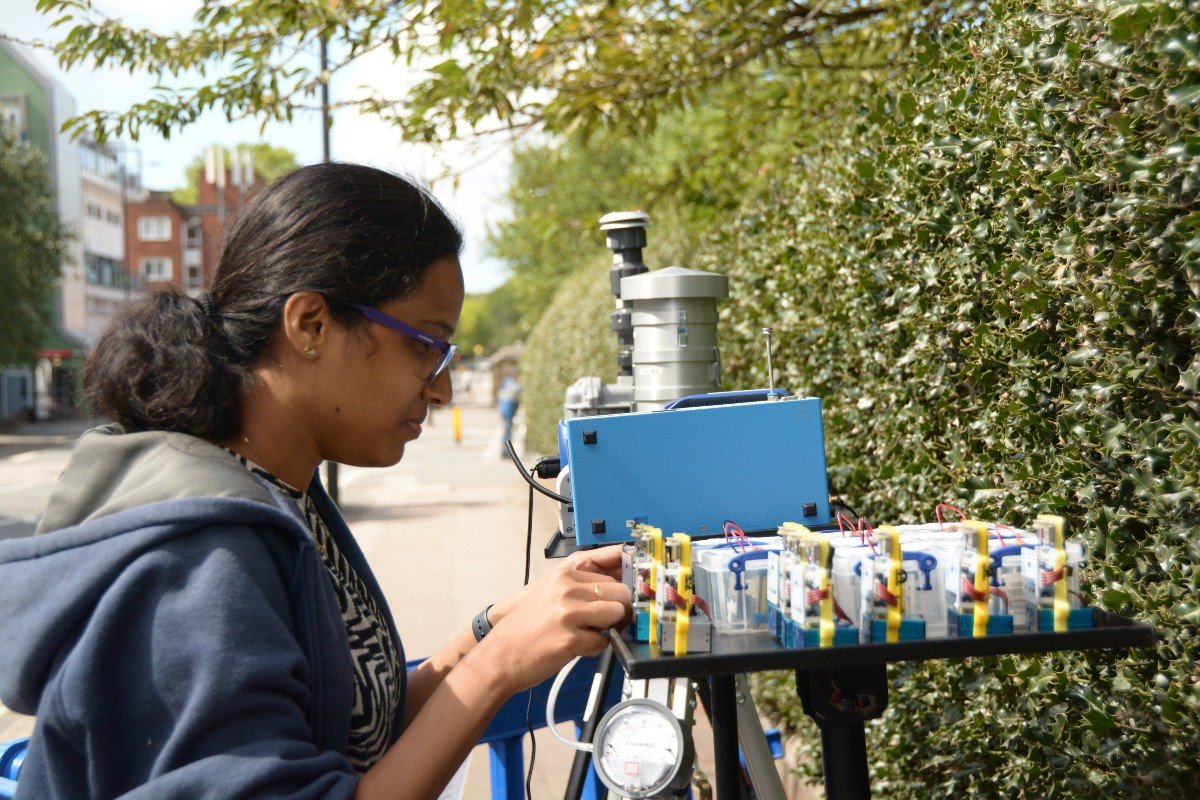 The study, led by researchers at the University of Surrey’s Global Centre for Clean Air Research (GCARE), put an extensive array of instruments in and around a hedge to measure the presence of various pollutants at numerous locations, identifying the effect of the hedge at different heights and distances from the road.

This study builds a new understanding of the distribution of different air pollutants around a hedge in a shallow street canyon, where the width of the road is at least twice the height of the buildings which line it, by quantifying:

The insight gained will guide the improved design of green infrastructure barriers and validate microscale dispersion models. However, it revealed a complex picture dependent on many factors – wind speed and direction, hedge characteristics, type of pollutant and more – highlighting a need for more field studies to validate future modelling studies.

Measurements were taken for around six weeks along Du Cane Road near White City in West London as a part of the EPSRC-funded INHALE project which sees the University of Surrey collaborating with researchers from Imperial College London and the University of Edinburgh. This shallow street canyon was chosen for its long roadside hedge, the type of traffic and transport using the road (including cyclists), and its proximity to a ground-based air quality monitoring station. Du Cane Road has one lane in each direction and runs through a residential area.

In 2019, air pollution was ranked as the fourth leading risk factor for premature death worldwide. It is reported by the European Commission as the second-largest environmental concern after climate change because levels of air pollutants across many European cities exceed permissible limits.

“So many factors have an impact on air quality and there’s a dearth of detailed study on the actual impact of greenery in making the air cleaner – or dirtier. This study makes important progress, but much more research is needed to properly understand how best to help disperse air pollutants in the urban canopy layer, the layer of air extending from the ground surface up to the top of buildings and trees, in complex built-up environments such as street canyons.”

Detailed findings have been published in Environment International, a respected, peer-reviewed scientific journal covering environmental science and health. The study is part of the INHALE project, funded by the Engineering and Physical Sciences Research Council (EPSRC) and builds on the University of Surrey’s extensive work around green infrastructure.