The night The Who rocked the University

Russian and economics graduate Dave Sage remembers his student days at Surrey, and recalls the night The Who rocked the University’s Great Hall in 1971… 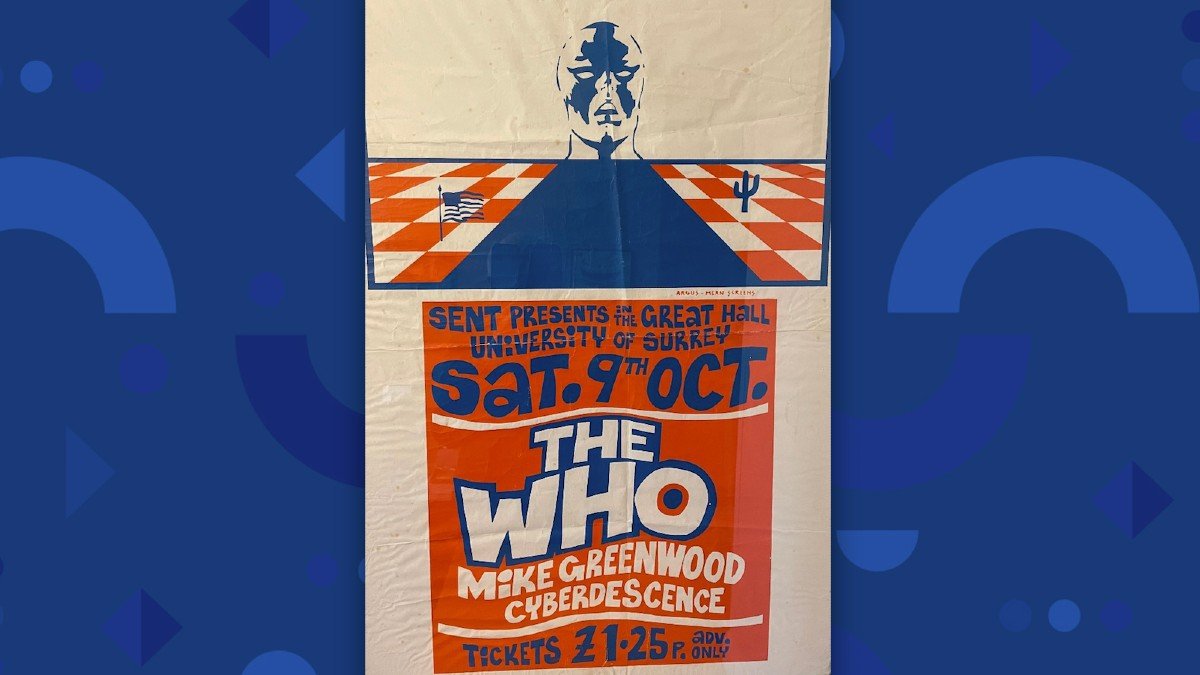 “The men all wore loon trousers, which were low-slung and skin-tight at the top, and wide at the bottom,” remembers Dave, who was a student at Surrey from 1971-1975. “Coming from a traditional grammar school, university life felt very free and easy. In fact, it was ‘free’ because we had grants that didn’t need to be paid back in those days.

“I was into film and joined the Oscar Film Unit, which showed mainstream movies, and the Stag Hill Film Society, which showed arthouse and more risqué titles.”

But live music was Dave’s real passion, and the night The Who performed at the University is a treasured memory.

“The gig was on Saturday 9 October at the Great Hall in Guildford,” explains Dave. “It was the classic line-up of Roger Daltrey, Pete Townshend, Jon Entwistle and Keith Moon.

“Their hit album, Who’s Next, had just been released and they played lots of tracks from that. I remember drummer Keith Moon wore massive headphones and joining them on stage that night was American singer-songwriter John Sebastian from The Lovin’ Spoonful. He played harmonica on some of the tracks.

“It was quite a coup for SENT – the Surrey Entertainments Team – to book them. Even though the £1.25 ticket price made a dent in my student grant, it was an amazing experience. I joined everyone else in a packed Great Hall and saw one of the greatest bands that’s ever existed perform in their absolute prime.”

From prog rock to jazz

The creators of classic rock operas Tommy and Quadrophenia weren’t the only memorable gigs Dave enjoyed at Surrey.

“I have no idea how these alternative groups from Italy and Holland ended up playing at the University. I assume they must have been on mini UK tours.

“I saw a lot of bands at Guildford Civic Hall as well. There was an eight-day period in 1973 where I saw Roxy Music, Genesis and King Crimson.

“I went to the University jazz club, too. I don’t know why. I can’t stand jazz! It was in the basement of a Student Union building where I played table tennis during the day. At night, they’d style it up so it became a smoke-filled dive bar. But for 20p I saw people like acclaimed jazz saxophonist Barbara Thompson play.” 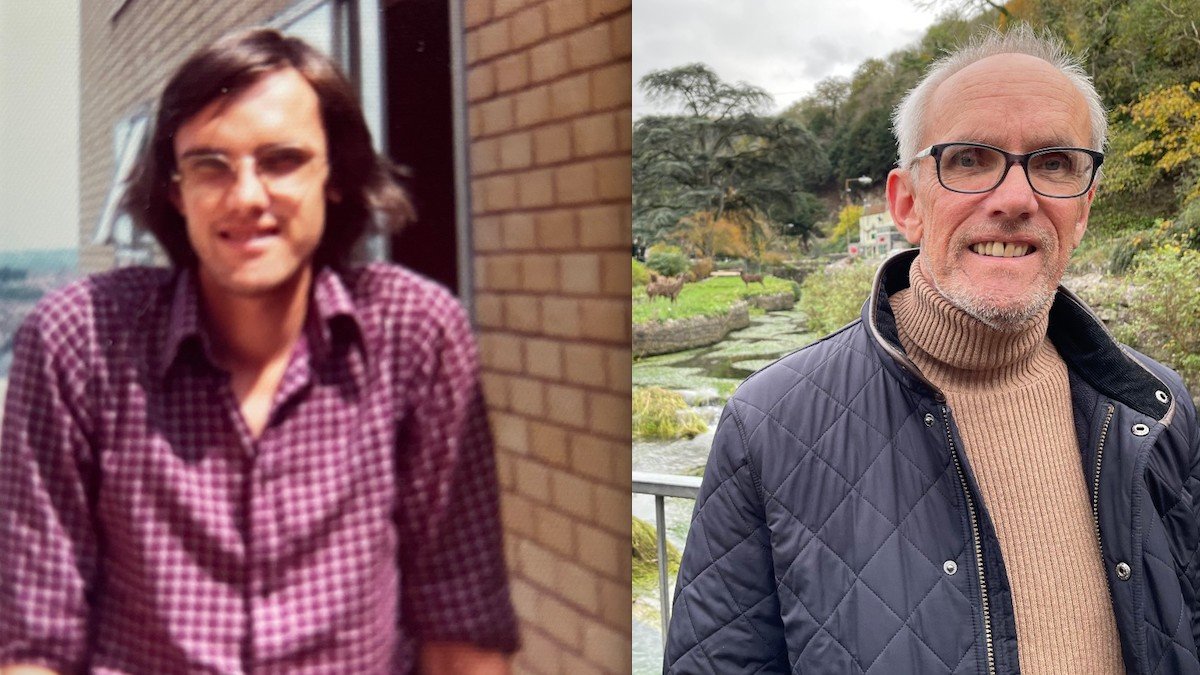 He continues: “I had a teatime show on University Radio Surrey and I became the record librarian. That meant I logged the records companies would send in to get played.

“The best freebie I got doing this was a ticket to see a live performance of Tubular Bells by Mike Oldfield at the Queen Elizabeth Hall in London in June 1973. Mick Jagger was in the audience nearby.”

When he wasn’t mixing with Rolling Stones, Dave did get some studying done.

“I went to the Soviet Union a couple of times,” he reveals. “I also remember having to type up my 10,000-word dissertation – in Russian. I graduated with a 2:1 from my BSc Hons in Linguistic and Regional Studies (Russian) with Economics course, which I was happy with.”

Following university, Dave joined the civil service as a communications officer and he worked there until retirement. But the lure of gigs was never far away.

“Post-Surrey, concerts that stick in the mind were seeing the Rolling Stones at Bingley Hall in Staffordshire and Neil Young at the Hammersmith Apollo in London,” reveals Dave. “I keep up with modern music, largely thanks to my son. He tells me Idles are very good. The last band I discovered under my own steam was Portishead, so that must be at least 25 years ago.”

Now retired, Dave volunteers as a guide at Bristol Museum. And he doesn’t think there are any bands left he wants to see.

“I’m very lucky,” he muses. “I’ve seen everyone I want to see. The only slight regret I have from my student days is I wish I’d played more football. I always fancied myself as a cultured midfielder. There’s always walking football now I guess!”

Given the fact The Who are still touring, there may be time for Dave’s football career yet…

What memorable gigs did you see at the University? Send us an email on alumni@surrey.ac.uk because we’d love to hear from you and interview you.