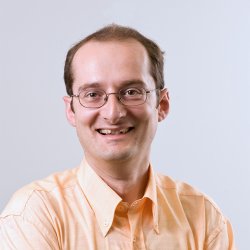 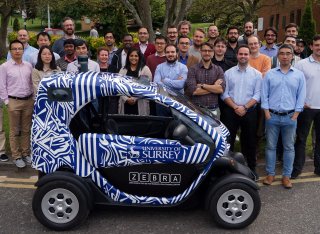 Modern vehicle safety control systems are critical to the enhancement of lateral vehicle stability and the reduction of fatal accidents. Safety control systems based on direct yaw moment control (DYC) enhance vehicle stability during cornering. In such systems, the yaw moment adjustment is obtained from the difference of the traction/braking forces between the left and right wheels. A DYC can be actuated through the friction brakes, mechanical devices, or individually controlled electric motors. The implementation of the DYC through the friction brakes is not desirable, as it reduces vehicle velocity and consequently degrades driving comfort. On the other hand, electrical differentials and DYC actuation through individually controlled motors are more effective and less intrusive.

The major contribution of this project is to propose novel high-level control algorithms for DYC systems that aim to improve vehicle lateral stability using individually controlled electric motors and a novel electrical differential system known as Twinster. The novelty is in the formulation of a control algorithm that improves vehicle stability and handling in severe driving manoeuvres while ensuring robustness against system uncertainties. To guarantee robustness of the control system against system uncertainties and disturbances, this thesis proposes a gain scheduled robust linear quadratic regulator (RLQR), in which an extra control term is added to the feedback term of a conventional LQR to limit the closed-loop tracking error in the neighbourhood of the origin of its state space. In addition, the gains of the proposed regulator optimally vary based on the actual longitudinal vehicle velocity to adapt the closed-loop system to the variations of this parameter. It is noted that the intrinsic parameter-varying nature of the vehicle dynamics model with respect to the longitudinal vehicle velocity can jeopardise the closed-loop performance of fixed-gain control algorithms in different driving conditions. Both numerical and experimental results show the superior performance of the proposed control system compared to conventional LQR control systems in terms of vehicle stability and handling improvement. In addition, the experimental results indicate that the controller is robust against unmodelled dynamics and uncertainties on both individually wheel-controlled and rear-wheel torque-vectoring axle vehicles.

This thesis is organised as follows. Chapter 1 introduces the motivation and scope for this thesis, while Chapter 2 includes the literature survey on DYC, the control algorithms, and torque differential devices. Chapter 3 is devoted to the vehicle model for control system design and to the formulation of the control algorithm. Chapter 4 represents the numerical and experimental results of the proposed controller on an electric vehicle with individually controlled wheels. Chapter 5 explains the design process of retrofitting a torque-vectoring device (GKN Twinster) on an electric Formula Student car, whereas Chapter 6 discusses the implementation of the controller on the retrofitted electric Formula Student car. Finally, the discussion and final remarks are included in Chapter 7.

Theunissen Johan, Sorniotti Aldo, Gruber Patrick, Fallah Saber, Ricco Marco, Kvasnica Michal, Dhaens Miguel (2019) Regionless Explicit Model Predictive Control of Active Suspension Systems with Preview, IEEE Transactions on Industrial Electronics Institute of Electrical and Electronics Engineers (IEEE)
Latest advances in road profile sensors make the implementation of pre-emptive suspension control a viable option for production vehicles. From the control side, model predictive control (MPC) in combination with preview is a powerful solution for this application. However, the significant computational load associated with conventional implicit model predictive controllers (i-MPCs) is one of the limiting factors to the widespread industrial adoption of MPC. As an alternative, this paper proposes an explicit model predictive controller (e-MPC) for an active suspension system with preview. The MPC optimization is run offline, and the online controller is reduced to a function evaluation. To overcome the increased memory requirements, the controller uses the recently developed regionless e-MPC approach. The controller was assessed through simulations and experiments on a sport utility vehicle demonstrator with controllable hydraulic suspension actuators. For frequencies
Gao Jianbing, Tian Guohong, Sorniotti Aldo (2019) On the emission reduction through the application of an electrically heated catalyst to a diesel vehicle, Energy Science & Engineering Wiley Open Access
Metzler Mathias, Scamarcio Alessandro, Gruber Patrick, Sorniotti Aldo (2019) Real-time capable nonlinear model predictive wheel slip control for combined driving and cornering, Proceedings of the 26th IAVSD Symposium on Dynamics of Vehicles on Roads and Tracks (IAVSD 2019) Springer
This paper presents a traction controller for combined driving and cornering
conditions, based on explicit nonlinear model predictive control. The prediction
model includes a nonlinear tire force model using a simplified version of
the Pacejka Magic Formula, incorporating the effect of combined longitudinal
and lateral slips. Simulations of a front-wheel-drive electric vehicle with multiple
motors highlight the benefits of the proposed formulation with respect to a controller
with a tire model for pure longitudinal slip. Objective performance indicators
provide a performance assessment in traction control scenarios.
Scamarcio Alessandro, Metzler Mathias, Gruber Patrick, Sorniotti Aldo (2019) Influence of the prediction model complexity on the performance of model predictive anti-jerk control for on-board electric powertrains, Proceedings of the 26th IAVSD Symposium on Dynamics of Vehicles on Roads and Tracks (IAVSD 2019) CRC Press
Anti-jerk controllers compensate for the torsional oscillations of automotive
drivetrains, caused by swift variations of the traction torque. In the literature
model predictive control (MPC) technology has been applied to anti-jerk
control problems, by using a variety of prediction models. However, an analysis
of the influence of the prediction model complexity on anti-jerk control performance
is still missing. To cover the gap, this study proposes six anti-jerk MPC
formulations, which are based on different prediction models and are fine-tuned
through a unified optimization routine. Their performance is assessed over multiple
tip-in and tip-out maneuvers by means of an objective indicator. Results
show that: i) low number of prediction steps and short discretization time provide
the best performance in the considered nominal tip-in test; ii) the consideration
of the drivetrain backlash in the prediction model is beneficial in all test cases;
iii) the inclusion of tire slip formulations makes the system more robust with respect
to vehicle speed variations and enhances the vehicle behavior in tip-out
tests; however, it deteriorates performance in the other scenarios; and iv) the inclusion
of a simplified tire relaxation formulation does not bring any particular
benefit.
Vacca Fabio (2019) Hardware-in-the-loop for automotive applications.,
DOI: 10.15126/thesis.00852379

The activities related to the assessment of proof-of-concept transmissions involve preliminary simulations and experimental evaluation of novel transmission prototypes for high performance passenger cars. A model-based approach is used to analyse the main power loss contributions of a baseline case study transmission. The newly developed hybridised transmission offers comparable performance (i.e. smooth acceleration profile during gearshift events), addressing comfort requirements. The experimental activity showed the efficiency improvements due to the mechanical layout of the new hybridised transmission. The benefits deriving by the hybridisation are also assessed through simulations carried out considering alternative proof-of-concept transmission layouts and an on-line implementable energy management strategy (A-ECMS). Other examples of hybridization layouts are also reported, i.e., the very recently developed hybrid rear axle module (HRAM). Furthermore, because of its ?modular? nature, the device can be equipped with advanced mechanical systems which allow a left-to-right torque distribution.

The wheel slip controller assessment on a HIL test rig setup involves an electro-hydraulic braking (EHB) unit. Because of their decoupled nature, EHBs offer independent and continuous modulation of the pressure levels at the four corners of the vehicle. For this test case, the HIL methodology is employed to quantify the performance benefits deriving from a PID-based wheel slip controller and a more advanced control strategy such as an explicit non-linear model predictive controller (eNMPC). The eNMPC performs better with respect the PID-based wheel slip controller on different test case scenarios. The results obtained during the development process have proven the effectiveness of the presented devices.