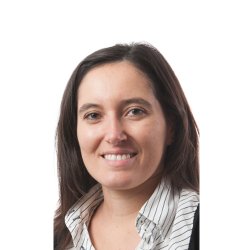 Alessia Gualandris joined the Department as lecturer in 2013.She started her research at the University of Milano Bicocca in Italy, where she obtained her MPhys degree for her theoretical/numerical studies of dynamical encounters in the dense cores of globular clusters. She received her PhD in 2006 from the University of Amsterdam, the Netherlands, for her interdisciplinary work between astronomy and computer science, and in particular for the development of software for the simulation of dense stellar systems and her study of the ejection of high velocity stars. In those years, she became one of the few experts in adopting special purpose hardware for the efficient simulation of globular clusters and galactic nuclei.During her postdoctoral studies at the Rochester Institute of Technology (USA), at the Max-Planck Institute for Astrophysics in Garching, Germany and at the University of Leicester, she used state-of-the-art numerical simulations to study the dynamics of the Milky Way centre and other galactic nuclei hosting supermassive black holes. Through international collaborations and software development, she continues to push the limits of numerical methods to study the formation and dynamical evolution of the densest astrophysical systems. 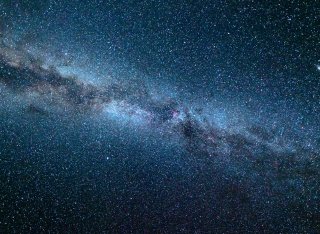 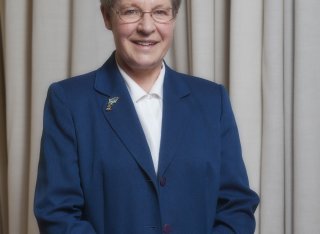 Imran Tariq Nasim, Alessia Gualandris, Justin I Read, Fabio Antonini, Walter Dehnen, Maxime Delorme (2021)Formation of the largest galactic cores through binary scouring and gravitational wave recoil, In: Monthly notices of the Royal Astronomical Society502(4)pp. 4794-4814
DOI: 10.1093/mnras/stab435
Massive elliptical galaxies are typically observed to have central cores in their projected radial light profiles. Such cores have long been thought to form through ‘binary scouring’ as supermassive black holes (SMBHs), brought in through mergers, form a hard binary and eject stars from the galactic centre. However, the most massive cores, like the $\sim 3{\, \mathrm{kpc}}$ core in A2261-BCG, remain challenging to explain in this way. In this paper, we run a suite of dry galaxy merger simulations to explore three different scenarios for central core formation in massive elliptical galaxies: ‘binary scouring’, ‘tidal deposition’, and ‘gravitational wave (GW) induced recoil’. Using the griffin code, we self-consistently model the stars, dark matter, and SMBHs in our merging galaxies, following the SMBH dynamics through to the formation of a hard binary. We find that we can only explain the large surface brightness core of A2261-BCG with a combination of a major merger that produces a small $\sim 1{\, \mathrm{kpc}}$ core through binary scouring, followed by the subsequent GW recoil of its SMBH that acts to grow the core size. Key predictions of this scenario are an offset SMBH surrounded by a compact cluster of bound stars and a non-divergent central density profile. We show that the bright ‘knots’ observed in the core region of A2261-BCG are best explained as stalled perturbers resulting from minor mergers, though the brightest may also represent ejected SMBHs surrounded by a stellar cloak of bound stars.
Ian Claydon (2020)Modelling star clusters with potential escapers University of Surrey
DOI: 10.15126/thesis.00852968
By investigating the behaviour of potential escapers in evolutionary models of globular clusters, I make a prediction for the kinematics in the outskirts and develop a simple, static model which includes the effect s of potential escapers and can be fit to observational data. I investigate the behaviour of potential escapers in N-body models to determine if a unique signal exists that can discriminate between alternative theories to explain the peculiarities in observations of GCs outskirts. By running a series of N-body simulations of globular clusters, with varying IMF, galactic potential and orbital eccentricity, I make a prediction for the lower limit of the velocity dispersion profile the velocity dispersion anisotropy and the rotation in the cluster if the outskirts dynamics are primarily determined by the existence of PEs. And as these observables depend on the galactic potential, can also provide a means of inferring properties of the host galaxy. Further to this, I begin a method of including the effects of potential escapers (PEs) as a static, distribution function based model, which can be quickly fit to observational data to scan a wide range of parameters. This model, the spherical potential escaper stitched model (SPES), is able to accurately fit the velocity dispersion and density profiles in outskirts of MW GCs where existing models can fail. This is especially pertinent with the wealth of new data of stars in the outskirts of GCs provided by the Gaia mission. Additionally, it is useful to include the effects of the galactic potential in the model for two reasons 1) to be able to fit on the slope of the enclosed mass profile 2) to accurately reproduce the critical energy of the system. Therefore I present a method of including both the effects of PEs and the galactic potential in the aspherical potential escapers stitched model (APES).
Miklos Peuten (2020)Unveiling stellar-mass black holes in globular clusters with dynamical models. University of Surrey
DOI: 10.15126/thesis.00851890

The recent discovery of a gravitational wave produced by two merging stellar-mass black holes started a search for environments where two stellar mass black holes can become a binary and merge. One favourable environment could be globular clusters, but the evolution of black holes in them is still widely debated.

In this thesis, I present a method, based on isotropic lowered isothermal multimass models with which stellar mass black hole populations in globular clusters can be dynamically inferred and the main properties of the cluster can be estimated. In the models, I am using an improved stellar evolution code from Balbinot and Gieles (2018) to which I added black hole evolution. Before applying the multimass models to data, I made a detailed comparison between the properties of multimass models and collisional N-body simulations. I find that all dynamical stages are well described by the models and that a stellar mass black hole population reduces mass segregation.

For the Milky Way globular cluster NGC 6101, I run three N-body simulations to show that the observed lack of observable mass segregation could be explained by a stellar mass black hole population. To differentiate this explanation from others, I create different multimass models and find that measuring the cluster's velocity dispersion could help to prove the black hole population.

In the final chapter I follow-up on this prediction, and present new line-of-sight velocities of NGC 6101's velocities with the ESO MUSE instrument, I find, applying my method, that the cluster has 86+30-23 black holes, which could explain its currently observed lack of mass segregation. This thesis is concluded by a discussion on how to improve dynamical detections of BH populations with future observations and models.