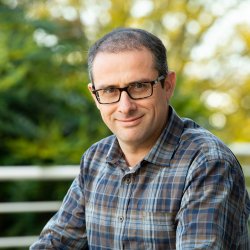 Alex divides his time between Surrey University and his role as Professor of Economics at The Hebrew University of Jerusalem.