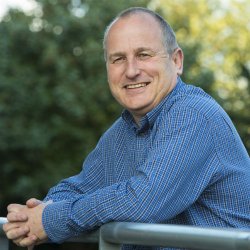 I grew up in the great city of Cape Town, South Africa, where I also attended the University of Cape Town to graduate eventually with a PhD from the Department of Medical Biochemistry. Subsequently, I spent some time working in the clinical laboratories, Wynberg Military Hospital; working on-call from Friday night until Monday morning was a good experience (e.g. diabetic patients keeping me the laboratory all night). Next stop was Southampton, where I worked on fatty acid-binding proteins with Prof David Wilton, which then led to a further post at Rutgers University, New Jersey, USA, with Prof Judy Storch. After eight years as post-doctoral research associate, I was offered the position of lecturer at the University of Surrey, first in the Division of Nutrition and now in the Department of Biochemistry & Physiology.A recent highlight has been a nomination for the University of Surrey Students Union “Best Lecturer” award and the Faculty of Health & Medical Sciences award of “Best Lecturer” in the Biological Sciences.