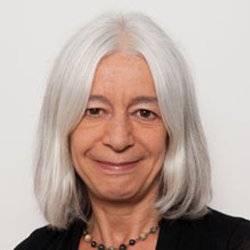 Alison Clarke is a property lawyer with a particular interest in the social, cultural and economic effects of different property rights regimes as they apply to land and other natural resources. Author of a long-established legal practitioners' text on land transactions (Emmet & Farrand on Title, jointly with Professor Julian Farrand) and a student textbook on property principles (Property Law: Commentary and Materials, with Paul Kohler, Cambridge University Press: Law in Context series, 2005), she has also written on a variety of property related topics, including communal property, indigenous land rights, diversification of property interests, acquisition of property rights by custom and long use, property and insolvency and property rights in ships.

Professor Clarke was Professor in Law in the School of Law at Surrey from 2008 to 2012, when she was appointed Emeritus Professor.  Before joining the School of Law she was a Reader in Laws in the Faculty of Laws at University College London and she has also held lectureships at King's College London and the School of Law at the University of Southampton. She started her legal career specialising in commercial property as a solicitor in a City of London firm of solicitors, and also spent two years at the Law Commission (seconded to work on the reform of Land Mortgages) and three months as a Visiting Professor at Hitotsubashi University in Tokyo (2005). She has also taught on comparative property law courses at the University of Xiamen, Xiamen City, Fujian Province in China (2009), at the Faculté des Affaires Internationales, Université du Havre, (2010-2011), and at the Hanse Law School (the International and Comparative Law School of the Carl von Ossietzky Universität Oldenburg, Bremen University and the Rijksuniversiteit Groningen, 2010-2016).

International Association for the Study of the Commons, member

The Conveyancer and Property Lawyer (member of editorial board, 2011 – present)