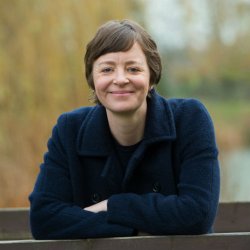 I joined the Film Studies programme at Surrey in 2009 after gaining my PhD in Critical Studies from the University of Southern California's School of Cinematic Arts. My doctoral thesis was on animated documentary. I also have an MA in Critical Studies from USC and a BA in Philosophy from the University of Cambridge. In between my undergraduate and postgraduate degrees I worked in the film industry in Los Angeles and London in various roles in script development, including at Lakeshore Entertainment, MGM and Granada Film. I also worked with the non-profit London-based DocHouse, an organisation devoted to the promotion and exhibition of independent documentary film. 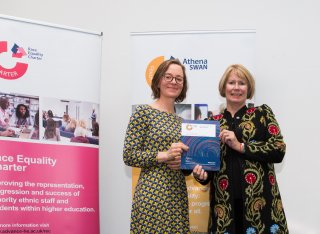 Broadly, my areas of research interest are documentary, animation and the media industries. I have also published in other areas, including genre film and British cinema. My published work includes a monograph, Animated Documentary (Palgrave Macmillan, 2013), which won the Society for Animation Studies McLaren/Lambart Award for Best Book. This expanded my doctoral research and is still an area I publish on (for example, a 2017 article on animated segments in mainstream live action documentary films) and I have given several invited talks and keynotes on this topic.

Current research projects and publications-in-progress include the relationship between the historiography and contemporary context for women in animation, how imagination and knowledge are facilitated by animated documentaries, an interdisciplinary project on the visual culture of the invisible and co-editing, with Eric Herhuth, a multi-volume reference publication on animation studies for Bloomsbury.

I welcome proposals from students wishing to undertake PhDs in any of my areas of research interest:

Modules taught at Surrey include:

A Honess Roe (2013)Animated Documentary Palgrave Mcmillan
Animation and documentary may seem an odd couple, but Animated Documentary shows how the use of animation as a representational strategy for documentary enhances and expands the realm of nonfiction film and television. From prehistory to states of mind, animation can show and evoke things that elude live-action. The current boom in animated documentary production is situated in the historical context of the cross-pollination of animation and documentary, before exploring the different ways animation functions in the animated documentary. Through analyzing films and television programmes such as Waltz With Bashir and Walking With Dinosaurs, this volume – the first to be published on this fascinating topic – demonstrates that while animation might at first seem to destabilize documentary's claim to represent reality, the opposite is in fact the case. Table of Contents: List of Figures Acknowledgements Introduction 1. Representational Strategies 2. Digital Realities 3. Animated Interviews 4. The World in Here 5. Animated Memories Afterword Notes Bibliography Index
A Honess Roe (2017)A Liar’s Autobiography: Animation and the Unreliable Biopic, In: Python beyond Python: Critical Engagements with Culture Palgrave Macmillan
DOI: 10.1007/978-3-319-51385-0
This chapter analyses the 2013 film adaptation of Graham Chapman’s autobiography and questions its surface interpretation as an unreliable biopic that undermines the conventional goals of the genre. At first glance, the film’s freewheeling narrative and fragmented visual style that uses fourteen different styles of animation could be argued as representing the unknowability of its subject. However, this chapter argues that through rejecting the typical aims and approaches of the biopic, this film in fact works to reveal much about Chapman’s personal life and his creative work with Monty Python.
A Honess Roe (2009)A ‘Special’ Relationship? The Coupling of Britain and America in Working Title’s Romantic Comedies, In: Falling in Love Again: The Contemporary Romantic Comedy I.B. Tauris
This chapter explores the 'special relationship' between Britain and the US via Working Title's romantic comedies that couple British and American characters. At first glance it would seem that these films are an attempt to reassert British dominance over America. However, close examination reveals a much more complicated attitude towards Americans and the US with the American as the object of the Briton's desire and narrative closure resulting from the union of man and woman, Britain and America. Films discussed include Four Weddings and a Funeral, Notting Hill and Wimbledon.
Annabelle Honess Roe (2016)Against Animated Documentary?, In: International Journal of Film and Media Arts1(1)pp. 20-27
Animated documentaries have been written about in a mostly positive way that explores the way the form enhances and expands the documentary agenda. This is true of scholarly and academic writing as well as that in the popular press and film reviews. However, some authors have taken issue with the ascription of the term ‘documentary’ to animated documentaries. In addition, there are potential issues regarding audience response to animated documentaries and the technical proficiency of the films themselves as they become more ubiquitous. This chapter explores the existing, and potential objections to and criticisms of animated documentary and suggests that a more ‘360-degree’ discussion of the form will enrich the scholarly discourse on animated documentary.
A Honess Roe (2011)Absence, Excess and Epistemological Expansion: Towards a framework for the study of animated documentary, In: Animation: An Interdisciplinary Journal6(3)pp. 215-230 Sage Publications
DOI: 10.1177/1746847711417954
This article gives an overview of the history of animated documentary, both in regard to the form itself and how it has been studied. It then goes on to present a new way of thinking about animated documentary, in terms of the way the animation functions in the texts by asking what the animation does that the live-action alternative could not. Three functions are suggested: mimetic substitution, non-mimetic substitution and evocation. The author suggests that, by thinking about animated documentary in this way, we can see how animation has broadened and deepened documentary’s epistemological project by opening it up to subject matters that previously eluded live-action film.
A Honess Roe (2012)Uncanny Indexes: Rotoshopped Interviews as Documentary, In: Animation7(1)pp. 25-37 Sage Publications
DOI: 10.1177/1746847711428851
This article considers the several animated interviews made by Bob Sabiston between 1997 and 2007, and the implications of considering these films as documentaries. The author argues that the films are liminal, discursive texts that negotiate tensions between reality and make-believe, observation and interpretation, and presence and absence. Textual analysis of the short films in question demonstrates an aesthetic presentation that confirms their documentary status at the same time as exploiting the expressionistic potential of Rotoshop. The nature of Rotoshop also emphasizes the absence of the physical body of the interviewee, replacing it with an excessively present style of animation. Other conventional markers of documentary authenticity and evidence, such as the visual index, are also absent in these films. These absences, coupled with the presence of an aesthetically liminal style of animation infer a pleasurably complex and challenging epistemological and phenomenological viewing experience.
A Honess Roe (2014)The Evolution of Animated Documentary, In: New Documentary Ecologies: Emerging Platforms, Practices and Discourses(11) Palgrave Macmillan
Examining the development of animated documentary through the lens of media ecology, Honess Roe reveals complex interrelations between the animated documentary text, and its contexts of production and consumption. From the emergence of digital animation and film editing tools in the 1990s to the impact of the Internet as an alternative distribution platform, the chapter considers the economic, social and technological factors shaping the evolution of animated documentary. Honess Roe argues that while the digital media ecology has provided new opportunities for animated documentary production it has also challenged established business models and practitioner identities.
Vocal Projections: Voices in Documentary Bloomsbury Academic

Vocal Projections: Voices in Documentary examines a previously neglected topic in the field of documentary studies: the political, aesthetic, and affective functions that voices assume. On topics ranging from the celebrity voice over to ventriloquism, from rockumentary screams to feminist vocal politics, these essays demonstrate myriad ways in which voices make documentary meaning beyond their expository, evidentiary and authenticating functions.

The international range of contributors offers an innovative approach to the issues relating to voices in documentary. While taking account of the existing paradigm in documentary studies pioneered by Bill Nichols, in which voice is equated with political rhetoric and subjective representation, the contributors move into new territory, addressing current and emerging research in voice, sound, music and posthumanist studies.