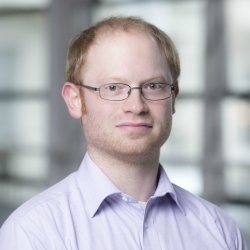 Dr Bruno Bower is a musicologist, performer, composer, and music editor. He read Music at Oriel College, Oxford, and went on to complete a PGDip in Performance (Oboe) at Birmingham Conservatoire and an MMus in Musicology at King's College London.

His research work ranges widely over nineteenth- and twentieth-century music and musical culture. His PhD thesis, completed at the Royal College of Music and supported by an AHRC Doctoral Studentship and two internal awards, examined nineteenth-century programme notes for orchestral concerts (particularly the Crystal Palace Saturday Concerts), showing how the vocabulary of the notes made reference to a huge range of contemporary discourses, including art, gender, families, education, morality, religion, biography, literature, history, politics, race, and national identity. His work challenged a number of conventional ideas about nineteenth-century music history, including the notion that instrumental works were increasingly valued for their abstraction at this time, and offered a range of new insights, such as the class implications underlying the canonisation of composers.

More recently he has branched out into operetta studies, with a chapter on Gilbert and Sullivan in Cambridge University Press's Cambridge Companion to Operetta and a co-edited volume entitled Gaiety, Glitz, Glamour? Reassessing Operetta, currently under review with Routledge. He has also begun research into the social networks connecting Victorian polymaths, with a particular focus on the contributors to contemporary music dictionaries and the correspondence between Francis Galton, George Grove, and Robert Spence Watson. He is also continuing the research he began at KCL into John Cage's music for prepared piano.

He is also the General Editor for critical editions of works by Peter Gellhorn and Norman O’Neill, published by RCM Editions in 2016 and 2018 respectively. On the basis of his editorial experience, he was invited to become a sub-manager for Cambridge University’s Scores of Scores Lieder Encoding Project, reviewing crowd-sourced transcriptions of eighteenth- and nineteenth-century French and German songs. The project resulted in an online corpus of over 300 encoded songs and a co-authored article, which has been published in the Proceedings of the International Conference on Digital Libraries for Musicology (2018).

He maintains a busy performing schedule alongside his academic work, appearing as the soloist for the Strauss Oboe Concerto with three different orchestras across 2018 and 2019, and professional work with Surrey Opera, the South Downs Orchestra, and various musical theatre groups. He has a particular interest in contemporary music, winning second place in the International SommerAkademie Prag/Wien/Budapest 'Prize for Interpretation of New Music' in 2010, and taking every opportunity to workshop new pieces with emerging composers.