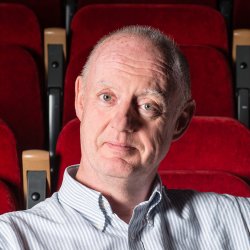 Darren read English at Cambridge University before training at the Bristol Old Vic Theatre School, then later with Philippe Gaulier, David Glass and Theatre de Complicite. He has been an actor, writer, director and dramaturg since 1988, and was a significant figure in the 'physical theatre' revolution of the 1990s, devising, performing and directing award-winning shows with companies like The Right Size, Told by an Idiot, Scarlet Theatre and Peepolykus. He was a company member, movement director and associate director for the Royal Shakespeare Company, and has worked for almost every major theatre production house in the UK, as well as for the BBC, ITV and Film Four. He has taught at the University of Central Lancashire, Central School of Speech and Drama, Arts Educational Schools and the British American Dramatic Academy.

D Tunstall (2017)Lecoq and Shakespeare, In: The Routledge Companion to Jacques Lecoq(30) Routledge

This chapter will show how an actor who has been trained in what I will call “the Lecoq tradition” may approach the rehearsal of Shakespeare’s text. No one can legitimately claim to make statements that are true in all contexts for all actors who have come into contact with Lecoq’s work. It is possible, however, to argue for patterns of agenda, vocabulary and approach, and in trying to do so I will draw largely upon Ariane Mnouchkine’s production of Richard II (1981) for her company Théâtre du Soleil. In addition, I will refer to two productions of Shakespeare I directed, for which my approach was influenced by Lecoq’s ideas: A Midsummer Night’s Dream (2009) and Macbeth (2011), both at St Peter’s Arts Centre, Preston in the UK. I will also mention in passing two productions of Shakespeare plays by Theatre de Complicite for elements of supporting evidence.

This is the first study of gesture in Shakespeare, tackling not only those gestures declared in the text, but also drawing on recent scholarship on kinesics and gestural codes to shed new light on practice. Through theoretical and practical analysis of the role of gesture, Tunstall argues that it must be seen within a network of non-verbal acts.