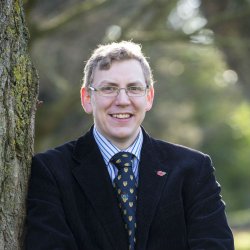 Fellow of the Institute of Materials, Minerals and Mining - Elected 2015 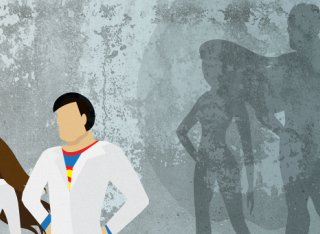 Accurate NDE is required to enable the mains in poor health with the highest risk of failure to be identified
and replaced before they burst. A review of the published literature has shown that whilst there are many NDE
techniques to choose from, many are not practical for application to the mains. The review process also
highlighted the kinds of defects present in grey cast iron and an initial stress analysis using strength models
and material data published in the literature has suggested defect sizes approaching 5 mm must be able to be detected to prevent catastrophic pipe failure.

Ultrasonic inspection has been investigated and shown to work effectively on uncorroded cast iron. Speed of
sound values between 4100 ? 4600 m s-1 have been observed across several pipes. A speed of sound of 2950 ± 80 m s-1 has been measured for graphitic corrosion, however, inspection on corroded main has not been possible.

A complementary magnetic technique, with the potential to scan pipe rapidly in order to identify mains in need
of further investigation, as well as providing supplementary condition data, has been trialled and shown to detect corrosion layers up to 6 mm thick.

A methodology using a 3D scanner to accurately determine the ?ground truth? pipe condition has been developed. This methodology proved to be successful and provided corrosion measurements that were in-keeping with those obtained through standard pit depth measurements. Further, the data showed that traditional pit depth measurements do not always find the deepest external corrosion pits, particularly where the surrounding geometry is complicated.

This methodology was used in a live comparison exercise of two, commercially available techniques. This
comparison highlighted problems with the surface preparation required by some techniques, which can be
quite damaging, and with some proprietary post-processing algorithms ? the raw data can be more useful.
From this assessment process, it has been possible to specify very detailed schedule for the testing of new NDE
techniques in the future.

Jesson D, Farrow J, Mulheron M, Nensi T, Smith P (2017) Achieving Zero Leakage by 2050: Basic Mechanisms of Bursts and Leakage, In: UKWIR Report Ref No 17/WM/08/60 UK Water Industry Research Limited
Luqmani A (2017) Sustainability and innovation : the case of a global carpet manufacturing company.,
Sustainability requires urgent, radical innovation from the private sector. However, private sector-led sustainability which meaningfully advances social, environmental and economic goals remains a rare occurrence. Despite the potential role of balanced environmental strategies such as ecological modernisation, there remains a lack of understanding of how such theories can be translated to actions at the level of a single organisation.

The following key findings emerge:
" Ecological modernisation, a theory typically applied and discussed at the macro-sociological level, is explored at the level of a single organisation, where it is used to contextualise the actions of Interface which contribute to wider, system-level sustainable disruptions. This is found to be a useful unit of analysis compared with typical explorations of EM, and reveals a number of interesting pathways by which EM organisations might impact upon the wider system in which they operate;
" Social dimensions of EM theory are discussed and explored. By considering Interface at the centre of a larger, interconnected network of actors, it is found that there are numerous dynamics at play, including the role of employees and their levels of engagement, the role of competitors and the wider industry, the role of customers and the role of suppliers;
" Temporal dimensions of EM are revealed and discussed, and several barriers are shown to emerge for Interface as it progresses further into a 20-year journey towards sustainability. Most strikingly, the low-hanging fruit is no longer available, and Interface finds itself in the ?tall canopy? in seeking further reductions in emissions and waste;
" Net-Works, a radical, innovative recycling project is presented and compared with other, less successful innovations from Interface. The contextual factors that gave rise to Net-Works are a combination of a radical goal, deliberate adoption of a social goal, and a safe failure space. Success is owed to developed capabilities, incorporation into an existing product, and partnering with an NGO and academia for accountability and credibility.

Williams David (2018) The use of cold atmospheric plasma (CAP) treatment for the structural adhesive bonding of metals.,
Adhesive bonding for structural applications has many advantages such as reducing the weight of vehicles and providing efficient stress transfer across joined materials. The largest asset of adhesive bonding is that they can join dissimilar materials. To achieve the highest joint strength possible when using metals, however, the metal surfaces have to be pre-treated. This can be done in a variety of ways, such as grit blasting or chemical etching. Chemically etching the surface produces the highest strength joints, but has many drawbacks. The first of which is that each metal used requires a different treatment chemistry. This reduces the materials available for selection as a result of increased pre-treatment complexity.

A combination of surface science techniques has revealed that there are three mechanisms which lead to an increased bond strength. These are: a reduction in hydrocarbon contamination, shown using X-ray photoelectron spectroscopy (XPS) and time of flight\,-\,secondary ion mass spectrometry (ToF-SIMS). The growth of the surface oxide layer, analysed using an XPS sputter depth profile, and functionalisation of the oxide layer, which has been probed using ToF-SIMS, both lead to an increase in lap shear bond strength.

The feasibility of the process rests on two factors. The first is achieving equivalent mechanical properties, the second factor is the energy, resources and time required for a given treatment. The first has been satisfied in this work, the second has been investigated using a life cycle analysis approach which found that plasma treatment had a higher impact on the environment when compared to oxalic acid etching. but this assumed that the acid is 100\% efficient, which is far from the case. When simulated in a `real world' scenario, there is nearly parity between the two treatments

Based on the data presented in this work, including analysis of the process life cycle, CAP has the potential as a first multi material pre-treatment for structural adhesive bonding.

Bañuls Ciscar Jorge (2018) Abhesion in the manufacture of engineered
wood products : aspects of the interaction of i
socyanates with stainless steel and wood.,
Polymeric methyl diphenyl diisocyanate (pMDI) is a versatile isocyanate-based
adhesive commonly used in the manufacturing process of composite wood panels. Its
use has constantly been increasing over the past years driven by the great performance
that this resin offers in terms of moisture resistance, durability and strength. However,
the use of isocyanate-based adhesives carry some challenges related to the composite
wood production which need to be improved. In particular, the adhesion of these resins
to the stainless steel press platens during the production process. The strong adhesion
between the glue and the press platens results in production issues forcing the
production to stop. There are a number of methodologies to overcome the production
issues, however, all of them incur additional costs or have associated health and safety
issues. Therefore, this study aims to expand the understanding of the interfacial
chemistry and processes occurring at the press platen/pMDI-wood interface to help to
develop approaches to achieve release of isocyanate-based adhesives.

In order to achieve the aim of this project, surface analysis techniques, in particular Xray
photoelectron spectroscopy (XPS) and time of flight secondary ion mass
spectrometry (ToF-SIMS), were used. In the first stage of this project, the surface characterisation of pine wood and its extractives, pMDI and the stainless steel used for
the manufacture of composite wood panels was carried out. Then, the study of the
pMDI/metal interface was performed obtaining important information related to the
bonding of pMDI to steel. The interface between the stainless steel/pMDI-wood
system was also investigated. The results of this study showed that the pine wood
extractives compounds have a significant impact in the adhesion of wood to stainless
steel. These findings allowed us to inform strategies which could lead to the release of
isocyanate-based adhesives from the steel during the composite wood panel
production process.

Wood fibers are of the order of a few millimeters in length and a hundred micrometers in width, which makes it difficult to mechanically characterize them using standard methods, such as tensile testing. This work, builds on the development of a novel method to evaluate the stiffness of wood fibers, which uses the cantilever of an atomic force microscope (AFM) to carry out three-point bending. This is done by placing the fibers across a two millimeter trench, whereupon the AFM engages to the center and both applies loads and records the resulting displacements. Testing using this method has been confined to a single species of wood, pinus sylvestris (Scots pine), but there is a significant spread in the modulus of the fibres tested. This is not entirely surprising as a sample of wood consists of several different types of fibre, including, for example, heartwood and sapwood, early wood and latewood. These different fibres vary slightly in size and wall thickness.

Here, Weibull statistics is used to investigate the correlation between samples in a dataset, and describe the magnitude of the correlation, in order to distinguish between fibre types and to provide greater clarity of the modulus associated with different types of fibre.