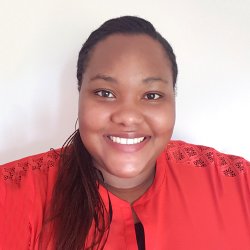 The brain is a very delicate, but sophisticated and complex organ of the body. During life, the brain grows and develops, matures, and then ages like all other organs of the body. This maturation and ageing comes with various physiological and anatomical changes which have an impact on the background activity of the brain. Brain activity can be recorded using various techniques including magnetoencephalography and magnetic resonance imaging, and these recordings combined with signal processing can be useful to characterise the changes in the brain that can be a result of the ageing process. By analysing various aspects of the brain, such as functional and effective connectivity, entropy and complexity, the state of the resting brain at different ages can be understood with greater detail. Furthermore, these analyses can be used to investigate the resting state brain networks that are present in the brain, as well as their topology. This information can be combined with network analysis techniques such as graph theory and used to understand the manner in which the brain both matures and ages.

This research made use of two magnetoencephalogram (MEG) databases recorded from both males and females. The first, containing resting state MEGs (rMEGs) from 220 healthy volunteers (aged 7-84), was used as the main database in this thesis to investigate the effects of age on rMEG signals throughout life. The aim of this research was to make use of rMEG signals and signal processing techniques to determine the effects of healthy ageing on the brain throughout life. It was hypothesised that the effects of age are identifiable using advanced signal processing techniques. Thus, the effects of age on linear interactions, causality, synchronisation, information flow, entropy and complexity, were investigated in the 148 MEG channels lying over 5 brain regions (anterior, central, left lateral, posterior, and, right lateral) using multiple linear and non-linear analysis techniques (namely: Pearson?s correlation, coherence, Granger causality, phase slope index, rho index, transfer entropy, synchronisation likelihood, Lempel-Ziv complexity, permutation Lempel-Ziv complexity, permutation entropy, and, modified permutation entropy). Additionally, graph theory principles were used to evaluate different network components such as integration (global efficiency), segregation (clustering coefficient and modularity), centrality (betweenness), and resilience (strength and assortativity) so as to obtain an understanding of the construct of the resting brain network. Moreover, complex network analysis was also used to determine the overall network topology of the brain network and how this changed at different stages in life. Gender effects were also studied so as to identify if there were any significant differences between males and females at different stages of life. Results from these analyses showed that the healthy resting brain has low effective and functional connectivity, relatively low complexity and entropy, as well as no significant detectable direction of information flow. Therefore this showed that there is very little synchronous or simultaneously occurring information in the rMEG time series. Thus, during rest, the brain resembles a system in limbo/phase transition, with low effective and functional connectivity, relatively low complexity and entropy, and no significant detectable direction of information flow.

The second database used in this research project was obtained during a collaboration visit to the Cognitive and Computational Neuroscience laboratory at the Centre for Biomedical Technology- Universidad Politécnica de Madrid (CTB-UPM). This database was made up of rMEGs recorded from 199 healthy volunteers (aged 60-80), and the focus of this additional set of analyses was to identify differences between the rMEG signals recorded from healthy individuals, those with subjective cognitive decline as well as those with

To analyse magnetoencephalogram (MEG) signals with Lempel-Ziv Complexity (LZC) to identify the regions of the brain showing changes related to cognitive decline and AlzheimeUs Disease (AD).

Brain complexity ? measured with LZC ? decreases in MCI patients when compared to SCD and healthy controls. This decrease is associated with a decrease in hippocampal volume, a key feature in AD progression.

This is the first study to date characterising the changes of brain activity complexity showing the specific spatial pattern of the alterations as well as the morphological correlations throughout preclinical stages of AD.