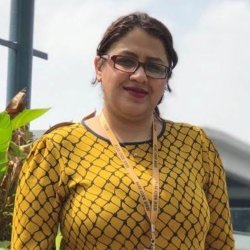 Many real-world applications require agents to cooperate and collaborate to accomplish shared missions; though, there are many instances where the agents should work together without communication or prior coordination. In the meantime, agents often coordinate in a decentralised manner to complete tasks that are displaced in an environment (e.g., foraging, demining, rescue or fire-fighting). Each agent in the team is responsible for selecting their own task and completing it autonomously. However, there is a possibility of an adversary in the team, who tries to prevent other agents from achieving their goals. In this study, we assume there is an agent who estimates the model of other agents in the team to boost the team's performance regardless of the enemy's attacks. Hence, we present On-line Estimators for Ad-hoc Task Allocation with Adversary (OEATA-A), a novel algorithm to have better estimations of the teammates' future behaviour, which includes identifying enemies among friends.