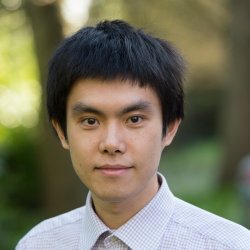 Feng Gao is research fellow in the Rolls-Royce UTC in thermo-fluid systems at the University of Surrey. Prior to his appointment in the University, he received his PhD degree in the Laboratoire de Mécanique des Fluides et d'Acoustique (LMFA), Ecole Centrale de Lyon, France. His research interest focuses on large-eddy simulation of complex flows in turbomachinery.